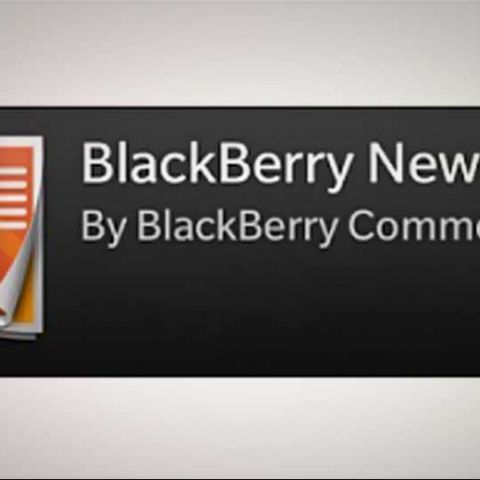 The Newsstand app will be very useful for those of you who like to read a variety of magazines, and the small screen size of the phone isn't something that holds you back. The 'Anytime' plan is neat, but needs to include more magazines within its subscription, because we realized that despite paying for unlimited reading, you still had to buy certain magazines. But we like the subscription free method, where individual issues can be purchased - the ones that you actually want to read. It could be an incredible app to have, particularly when a tablet version is available on the Playbook.

Those who love to read will find one way or the other to fulfil the desire of enjoying the written word. No matter what the device, people will read when they find even a few minutes to relax – be it at work, at home or while commuting. Which is what makes the Newsstand app in BlackBerry 10 smartphones all the more important. But, does it really work?

Installation & Compatibility
The Newsstand app comes preloaded on BlackBerry 10 devices, actually just the Z10 is available in the Indian market at the moment. The app just got an update as we write this, and while there are no major changes visually or in terms of performance, there are some stability improvements that some users had requested about. At the moment, the BB10 OS is available on the smartphones, but this app will gain even more importance the moment it arrived on a tablet.

Speaking of which, the good old Playbook is supposed to get the BB10 OS upgrade – no word on when – but that will give the Playbook an added dimension. No word at the moment on if and when the older BlackBerry OS on smartphones or the current Playbook OS will get Newsstand. The app just sits there in the app drawer and is easy to be missed, since it doesn’t have the recollection of something like an iBooks or the good old Kindle app, at least, not yet.

Interface
The Newsstand, as the name suggests, is all about magazines that are on offer. The primary focus is on the latest issues of each. There are older issues available, but we will get to that bit in the next section.
Open the app, and you need to wait a minute or so before the interface loads. The authentication and registration takes a minute or so, on 3G or Wi-Fi networks. We are surprised that this happens every time we open the app, not including minimizing it as a widget.

We really like the interface that greets us. It is simple, nothing outlandish about it, but just works brilliantly. On the top is the periodically flipping carousel with some of the featured magazines. Apple and Amazon, with their respective apps, clearly brought the focus on presentation with eye catching graphics. Below that are the horizontally scrolling magazine shelves with Featured magazines and latest arrivals.

Tap on any magazine cover, and you reach the landing page that gives you the highlights of that particular issue, the download size and the one click download link, assuming you have the payment method and details already saved in your BlackBerry Account. Here, you also see the covers of the past few issues of that magazine, and you can buy them as well.

All in all, a fairly neat interface, which will come into its own a bigger sized display. At the moment, what it gives us is hope. For someone like me who relies on the multi-platform Kindle app for books, magazines and even for reading the PDF versions, this app didn’t feel very different. And that is always a good sign.

Performance
Before we get into the details, it is exigent that we mention the pressing need to ensure you are using Wi-Fi to download the magazines, as much as possible. Download sizes, for most of the magazines, are around 100MB, and that could be a major drain on your 3G data plan. And EDGE users can surely not be expecting downloads to be successful at those meagre speeds!

The range of magazines is fairly good. Among BlackBerry Newsstand and Apple Newsstand, there are largely the same titles available, but there are some glaring omissions in the Newsstand library, at the time of writing this. For example, there is no U.K. edition of Top Gear or the Indian edition of the same magazine. Availability of local magazines, specific to the country, needs to be brushed up on. We know there are challenges related to licensing, distribution and even regional limitations, but the consumer doesn’t really bother about the behind the scenes stuff.

Users have the ability to select and de-select the countries in the settings menu, regarding the magazines they wish to see. The popular ones would be U.S. and U.K., and India in our case for localized editions.

One of the biggest differences between BlackBerry Newsstand and the Apple iBooks and Amazon Kindle is the subscription vs. buy individual issue method. With Apple Newsstand and Kindle magazine store, you have to buy subscriptions for specific terms, and you can buy older issues of the magazines over and above that. With BlackBerry Newsstand, you do not have to pay for a magazine subscription, and the method of buying individual issues that you may actually want to read is something we really like. The optional subscription, if at all, is for the Anytime unlimited reading feature only.

There is a rather interesting feature called Anytime. At the moment, you get a 7 day trial of this service, and then there is the unlimited reading plan that costs Rs 536 per month. As per this plan, you get to read ‘unlimited magazines’, and saves the magazines for offline reading. For those who love to read, this is a great value deal, since subscription to each magazine would result in an ostentatious credit card bill at the end of the month. If implemented properly, the Newsstand app will have a huge advantage over iBooks and the Amazon Kindle magazine store, since both do not offer any such feature in India at the moment.

However, we did notice a bit of an issue with Anytime. Even though the subscription was still on, we had to take cognizance of the fact that certain magazines seemed to be outside the umbrella of this service – which is a huge surprise. As you can see from the screen grabs, MotorTrend and National Geographic Traveller are available to read in the ‘unlimited’ bouquet, but Oprah magazine and Harper’s Bazaar still reflect the “but for Rs xyz” option. At first, we assumed this may have been a system error, but tapping on the buy link actually asks for a payment confirmation. Sorting this out and making is a truly unlimited service for the subscription being charged would be amazing.

Magazine readability is rather comfortable, both in portrait and landscape mode. We say this after having comprehended the limitations of a small smartphone display. Zoomed in text, something that you will mostly resort to, is very clear, and the oft visible edge noise on most displays is appreciably missing. Page turner, literally, with the same effects as there would be on a normal magazine in real life.

Bottom Line
If you can really get around the limitations of a smartphone screen size, and cant really wait for the Newsstand app to arrive on the Playbook or a new BlackBerry tablet, we suggest taking the Anytime feature for the seven day free trial and see how it goes. We love what we see, but there is definitely scope for improving the unlimited reading feature and getting more magazines on to the platform. And we hope the Playbook gets BB10 very soon, or at least the Newsstand app on the current OS, so that we are able to utilize the app better.