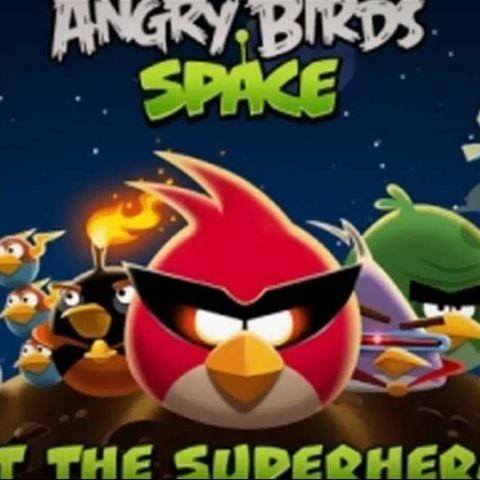 Overall, Angry Birds Space is a must buy for anyone remotely interested in puzzle games on smartphones. The new zero gravity and planetary mechanics add fresh elements to the gameplay and the redesigned birds simply look cool. Besides, the game is free on Android and $0.99 on iOS really isn't a deal breaker. With more levels expected in the coming months, you will definitely be flinging birds in space for a long time.

When Angry Birds was slingshot onto smartphones all over the world in 2009, the game became synonymous with addiction. The excitement of flinging an assortment of birds at a bunch of pigs hiding in some strangely designed structure was at first unfathomable yet exciting.

Two versions later (Angry Birds Seasons and Angry Birds Rio), the Angry Birds franchise has tried to maintain some freshness with variations in levels and the addition of some new birds to fling at foes.

Does this new installment in the series have what it takes to keep the Bird slinging addiction alive or are we better off looking elsewhere?

Revamped Gameplay
The gameplay in Angry Birds Space has been significantly revamped from its predecessors. As the name suggests, the Birds are now battling the pigs in space, adding new elements to gameplay, such as gravity, and the absence of it.

Zero gravity adds a nice mix to Angry Birds gameplay, as you will never be sure of the direction your bird will take after its impact with the target. There is also the addition of moons/planets with their own gravitational pull, which adds new physics elements and some brain scratching puzzles. It is fun to watch the birds circle a small planet a couple of times before making contact with the desired target. When the number of gravity enabled planets increases from one to two, the excitement of watching the birds go round in various ways is thrilling.

The addition of zero gravity and the gravity-enabled planets is a great refreshment from the simple slingshot experience of the past iterations of Angry Birds.

The Angry Birds Receive a Makeover
It’s not only the levels that have been redesigned for space. The Angry Birds themselves have been rehashed, and been made “cooler” for outer space. The simple Red Bird now has a pair of space age goggles that would give Geordi La Forge (the dude from Star Trek: The Next Generation with the funky glasses) a run for his money.

Another noteworthy makeover to Angry Birds is the yellow triangle bird that picks up speed like a rocket when the screen is tapped. For starters, the colour has been changed to jazzy purple and now the direction in which the bird zooms can be selected by simply tapping the location on screen.

Similarly the exploding bird of Angry Birds along with the one that splits into three too have received a makeover in terms of their looks. There is also an addition of a new bird in Angry Birds Space. This bird is a square ice-coloured bird that freezes its surroundings on impact.

The addition of the “new bird” along with the “outer space” environment has really refreshed the Angry Birds gameplay.

Number of Levels and Platforms
The number of devices on which Angry Birds is available is no longer restricted to smartphones and tablets. You can play the game on your Mac, Windows PC, iPhone, iPad, Android smartphone and Android Tablets. And soon, Windows Phone.

The free version on Android (with ad support) comes with two worlds that comprise of 30 levels each. Additional 30 levels of Angry Birds Space, called the Danger Zone can be bought as an in app purchase. Samsung Galaxy Note users can download these additional levels from the Samsung App store.

Space Age Music
If you are one who doesn’t play the game on mute, then you will undoubtedly appreciate the background score of the new Angry Birds game. The game has a very Star Trek theme music to it that adds as a subtle touch to immerse gamers more in the feeling of being in space.

Verdict
Overall, Angry Birds Space is a must buy for anyone remotely interested in puzzle games on smartphones. The new zero gravity and planetary mechanics add fresh elements to the gameplay and the redesigned birds simply look cool. Besides, the game is free on Android and $0.99 on iOS really isn’t a deal breaker. With more levels expected in the coming months, you will definitely be flinging birds in space for a long time.