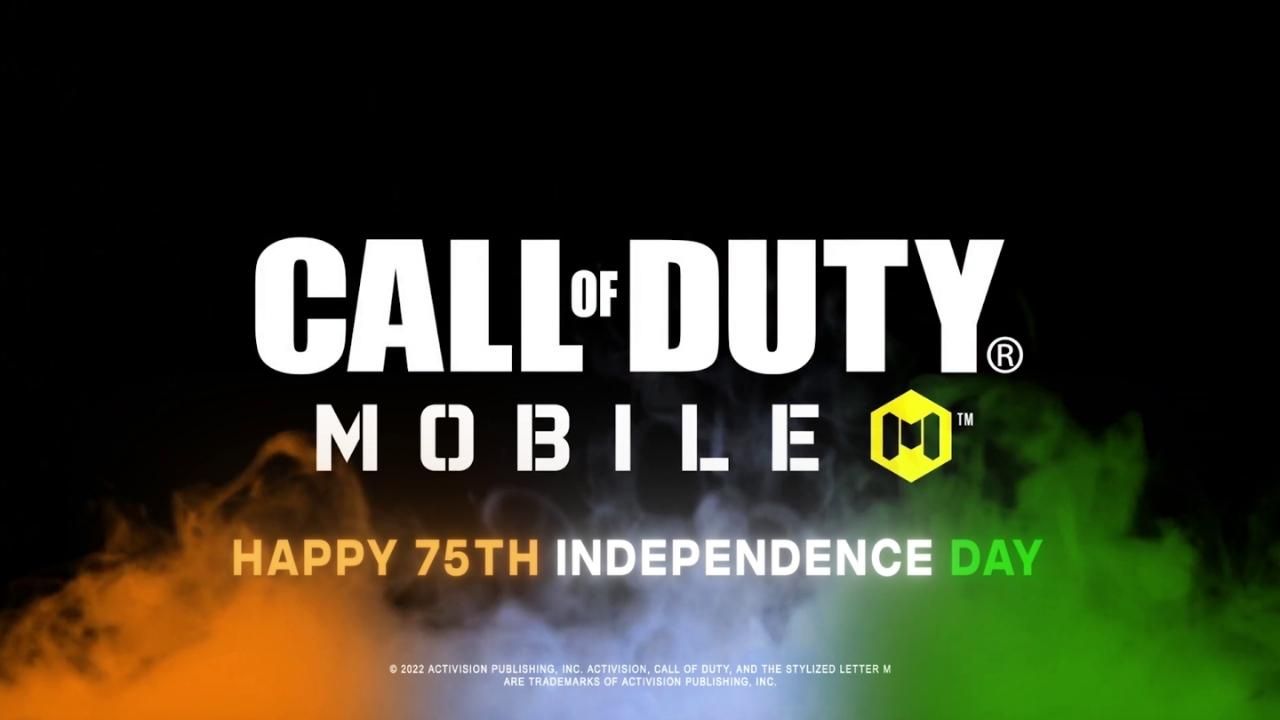 The Call of Duty: Mobile (CODM) community has come together to celebrate India’s multi-talented community this Independence Day. From today, 15 August, look forward to a host of exciting creative expressions and activities made by CODM players, for CODM players – including an original music soundtrack, a flash mob, and community events.

Headlining the celebrations is “Run!”, an original rap produced by professional DJ MadPlug and created by Mutation eSports, a leading gaming and esports organisation and one of the most prominent members within the local CODM community. Fans of CODM and the mobile shooter genre alike will appreciate the numerous references in the lyrics, which were developed and delivered by local rapper Nasty Ninja. Nasty Ninja is a household name in India, being a part of Mumbai’s first rap crew, the multi-award-winning ensemble “Mumbai Finest”.

To celebrate the nation’s 75th birthday, CODM has teamed up with a local dance troupe Hip Hop City Kolkata to create a dance routine for the newly-launched track “Run!”.

But that’s not all… Hip Hop City Kolkata will be taking to the streets – literally! The group will be performing this dance routine in a flash mob at a well-known public location in Kolkata later today.

Together with Mutation eSports, CODM will be launching The CODM India Carnival throughout the entirety of August. Taking place from 15 to 30 August, the carnival will feature a series of exciting giveaways, contests, and esports activities – spanning both Battle Royale and Multiplayer – specially curated for the Indian CODM community. There will also be more than 7,50,000 in COD Points (CP) worth around 5 lakh INR up for grabs!

Stay tuned to the Mutation eSports official social media channels on Instagram and Facebook for more information on The CODM India Carnival.

Building the CODM community in India

CODM’s 75th Independence Day celebration extends Activision Blizzard’s efforts to delight its community in India with experiences tailor-made to their preferences. It builds on the recent #CODMHoli campaign in March, which saw the publisher launch a Bollywood-themed remix of two of CODM’s most iconic theme songs in collaboration with prominent Indian musician and producer Anshuman Sharma alongside a slew of community and in-game activities.

More recently, the Call of Duty: Mobile World Championships 2022 is the first year that India has been a dedicated Stage 4 regional event. This saw GodLike Esports and Team Vitality clinched first and second place respectively over the weekend to advance to the fifth stage of the World Championship 2022 Finals as India’s representatives.