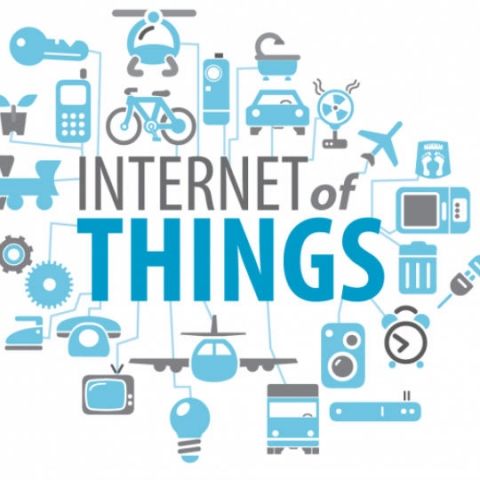 Alibaba Group’s consumer artificial intelligence division, AI Labs, has teamed up with MediaTek to collaborate on Internet of Things (IoT) initiatives. Under the partnership, both the companies will collaborate on building smart home protocols, customized IoT chips and AI smart hardware. They also announced their Smartmesh connectivity solution in China, which supports many-to-many Bluetooth mesh technology.

Alibaba A.I. Labs, which leads the development of Alibaba’s consumer artificial intelligent (AI) products, and MediaTek, a global fabless semiconductor company, today announced a strategic collaboration in Internet of Things (IoT) initiatives including smart home protocols, customized IoT chips and AI smart hardware, with the aim of fostering the development of a connected world in the IoT era.

The two parties also announced the first Smartmesh connectivity solution in China that supports the latest many-to-many Bluetooth mesh technology, in an effort to speed up the adoption of this technology in smart home settings.

Miffy Chan, Head of Alibaba A.I. Labs, commented: “We are excited about partnering with MediaTek to explore collaboration in the IoT ecosystem. Our AI and cloud computing capabilities, along with MediaTek’s cutting-edge technology in chip design, provide unique advantages to our connectivity solutions for smart homes, offering real benefits to consumers in China and paving the way to a more connected world through innovation.”

Jerry Yu, Corporate Vice President and General Manager of the Home Entertainment Business Group, MediaTek said: “MediaTek is thrilled to partner with Alibaba A.I. Labs in building up a voice-controlled smart home ecosystem. This follows our collaboration in delivering the great success of Tmall Genie X1.”

“The smart home market is undergoing tremendous growth as technologies advance. With MediaTek’s strength in connectivity and baseband, computing and multimedia, coupled with Alibaba’s leading advantages in cloud computing and AI, we are confident that the collaboration will mark a milestone in the development of the IoT era,” Yu added.

The partnership comes on the heels of the successful collaboration on Tmall Genie, for which MediaTech provides chip technology support. Alibaba A.I. Labs launched the smart home assistant in July last year, with an aim to provide brand new interaction experiences for Chinese consumers. Over one million Tmall Genie devices were sold in China during Alibaba’s Global Shopping Festival on November 11 last year.

IoTConnect is an open connectivity protocol based on Bluetooth mesh standard for smart hardware and smart home appliance manufacturers. Smart devices using the protocol can be automatically paired with Tmall Genie. The protocol aims to promote unified connectivity standards among smart devices, and hence lower the cost in developing connected devices and foster the development of voice-controlled smart home ecosystem.

The Smartmesh solution supports the latest Bluetooth mesh networking and Bluetooth 5 functionality set up by the Bluetooth Special Interest Group (SIG), the body that oversees the development of Bluetooth standards. Customized Bluetooth SoCs (system-on-chip) - MT7581 and MT7583 - for the solution are featured with Bluetooth smart mesh technology, automatic pairing, fast connection and low-power consumption. The two SoCs will be ready for the market in the second half of this year.