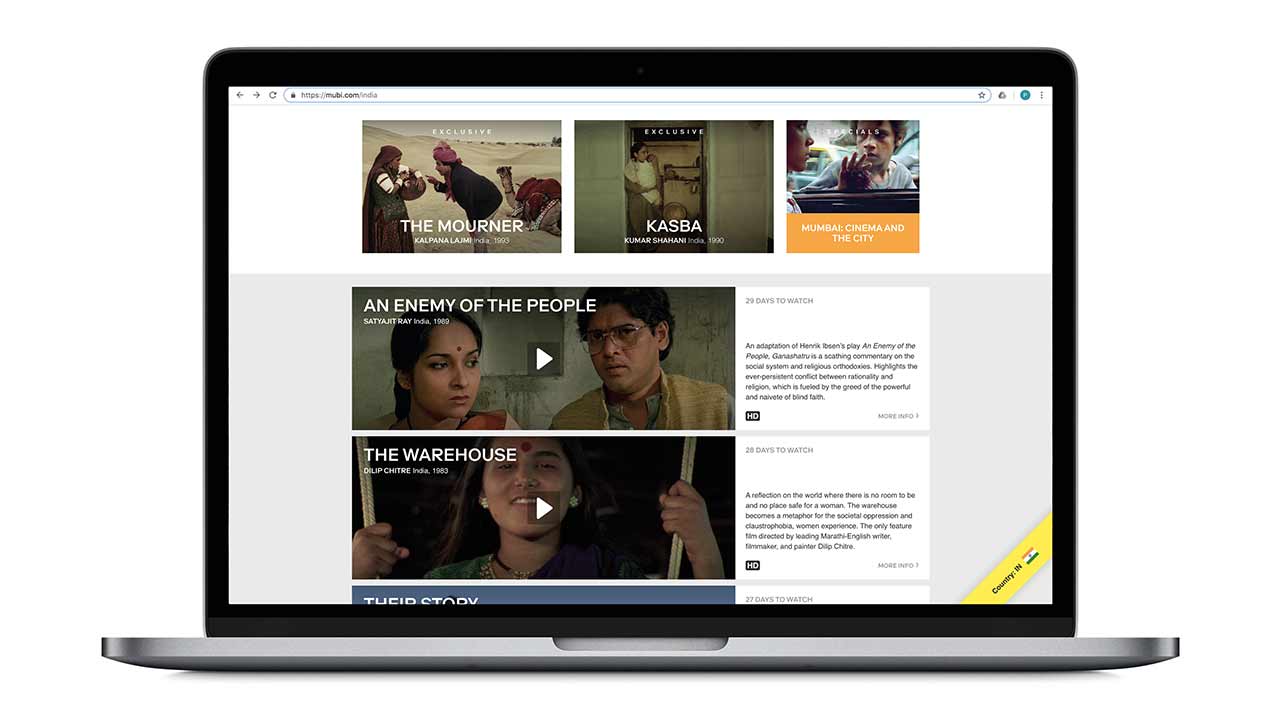 MUBI, a curated film streaming service has announced the launch of two channels, MUBI INDIA and MUBI WORLD, which host a variety of curated arthouse and cult favourite movies. The OTT service is available for an introductory pricing of Rs.199 for three months.

Today, curated film streaming service MUBI announced its launch in India, featuring film channels, MUBI INDIA and MUBI WORLD, which are home to an incredible variety of cinema, including exclusives, cult movies, shorts and world-class features. Launching today, subscriptions for MUBI are now available for an introductory offer of three months for INR 199.

MUBI offers a collection of hand-picked films, introducing a new film every day, with the selection being guided by local culture and cinema. Available to stream and download on the web, mobile devices, Smart TVs and streaming sticks, MUBI includes curated film channels MUBI INDIA, which is fully dedicated to Indian cinema, and MUBI WORLD, which shows acclaimed international films, from award-winners to emerging new directors.

Partnerships with some of the top distributors in India, FilmKaravan, NFDC, PVR Pictures, Shemaroo, and Ultra, means that the platform will showcase a stunning line-up of films, that have been hand-selected by MUBI, all year round.

Efe Cakarel, Founder and CEO of MUBI said: “We want more people to watch great cinema. That’s why MUBI exists. I can’t wait to see people enjoying the incredible line-up of films we have, and I’m delighted that we can now spotlight local filmmakers and cinema through MUBI INDIA every single day.”

Guneet Monga, Oscar-winning film producer, who joined MUBI as a content advisor in September, adds: “MUBI’s human approach to curation is refreshingly simple and each day it is guaranteed that you will be able to watch a beautiful, interesting film. I’m thrilled we have launched a dedicated channel for Indian cinema as it means that film lovers can now watch amazing films like Salaam Bombay and Andaz Apna Apna, alongside globally renowned gems like Moonlight.”

MUBI subscriptions are now available for an introductory price of INR 199 for the first 3 months. MUBI is available on the web on www.mubi.com, iOS and Android mobile devices, Amazon FireTV, PlayStation, Smart TVs including Hisense, LG, Sony and Samsung, as well as other TV models.