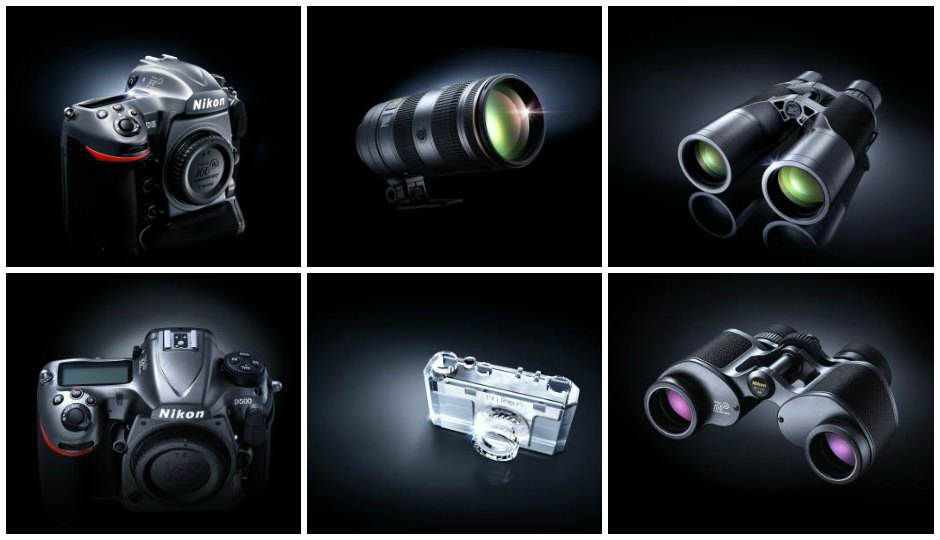 Nikon has released commemorative models as well as goods to celebrate its 100th anniversary. All of the items will sport a 100th anniversary logo along with special finishing and features. These include limited editions of the company’s two flagship DSLR cameras, Nikkor lenses, and binoculars. Besides these, the company also launched a collection of commemorative goods.

Nikon India, 100% subsidiary of Nikon Corporation, leaders in imaging technology, recently completed a milestone of 10 years’ presence in India. The company is pleased to announce the release of commemorative models and goods celebrating Nikon's 100th Anniversary.

Since its establishment (as Nippon Kogaku K.K.) in 1917, Nikon has provided the world with unique value through its optical products based on optical and precision technologies.

The 100th anniversary commemorative models have been planned and developed with the technologies of the Nikon tradition and advance innovations that Nikon has cultivated over the past 100 years since its foundation. These models are also incorporated with the gratitude and hope that the brand looks forward with for the next 100 years.

All commemorative items will come with the 100th anniversary logo, special finishing and features that give them an even more elegant look and feel. These are limited commemorative editions of our two flagship D-SLR cameras, the ultimate NIKKOR lens in our series of f/2.8 maximum aperture, a set of three NIKKOR lenses, and finally, three binoculars. In addition to these commemorative models, there will also be a special premium collection of commemorative goods. Visit the Nikon 100th anniversary website for further details.

On this occasion, Kazuo Ninomiya, Managing Director, Nikon India said, “It brings us immense pleasure to complete this mark of a successful century. This journey is undoubtedly a tribute to many stakeholders that includes consumers, customers, and partners – who have stood with us. Our people are dedicated in delivering an exceptional photography experience over so many years, and it's through this dedication that we've built a legacy of successful cameras across categories over time."

Sajjan Kumar, Senior Vice President, Corporate Sales & Strategy said, “This is a momentous achievement for us, and on this wonderful occasion we are excited to launch our celebratory models. These models are an epitome of Nikon’s legacy and its breakthrough journey in the camera industry. This is a way to thank all our loyal customers for the endless support they have provided us for the development of our company over its 100-year history”

This is the 100th anniversary edition of the AF-S NIKKOR 70-200mm f/2.8E FL ED VR, a fast telephoto zoom lens that has been well received for its ability to offer both superior agility and excellent optical performance since its release in 2016. The commemorative lens comes with the individual glass elements that make up the internal workings of the lens, as well as a special stand and case for displaying them, providing those who purchase and use the lens with a sense of just how the lens achieves its characteristic rendering.

The WX 7×50 IF and WX 10×50 IF 100th Anniversary Editions are commemorative editions of models in the new ultra-wide field of view WX series (WX 7×50 IF, WX 10×50 IF), which offer incredibly wide fields of view with sharp and clear viewing all the way to field edges. The special commemorative logo is printed on the bottom of the binocular's central shaft, and an exclusive serial number is stamped on the top of the central shaft. What's more, in addition to the usual strap supplied with the binoculars, the 100th anniversary commemorative models also come with a WX leather strap embossed with the commemorative logo. Sales of these 100th anniversary commemorative models will be limited to a total of one hundred (7×50 and 10×50 combined).

This is a commemorative edition of the Nikon 8×30E II, a binocular with an orthodox and classic design used and loved by many over the years since its release. Its 63.2° apparent field of view is realistic, and the application of a multilayer film coating to all lens and prism surfaces ensures that the field of view is bright and clear. The commemorative edition has an exclusive metallic gray finish, and the commemorative logo is printed on it. In addition, it comes with a special strap and case. Sales of this 100th anniversary commemorative model will be limited to a total of four hundred.

This is an elegant and beautiful crystal reproduction created by Swarovski, the world's leading crystal manufacturer, in commemoration of Nikon's 100th anniversary.

This collection of lapel pins representing Nikon's most historic and popular products, as well as the corporate logo, looks back at Nikon's 100-year journey through light.

This premium camera strap is made entirely of the best Italian leather that only improves with use and age.

The historic Nikon F, Nikon's first flagship model and the camera that set the standard for single-lens reflex cameras around the world, is faithfully reproduced with this 1/2-scale model.

More information will be available in June. Visit the Nikon 100th anniversary website for further details.

All the 100th year anniversary limited models will be available starting Mid of August 2017 in India. The MRP will be disclosed closure to the sale start date.