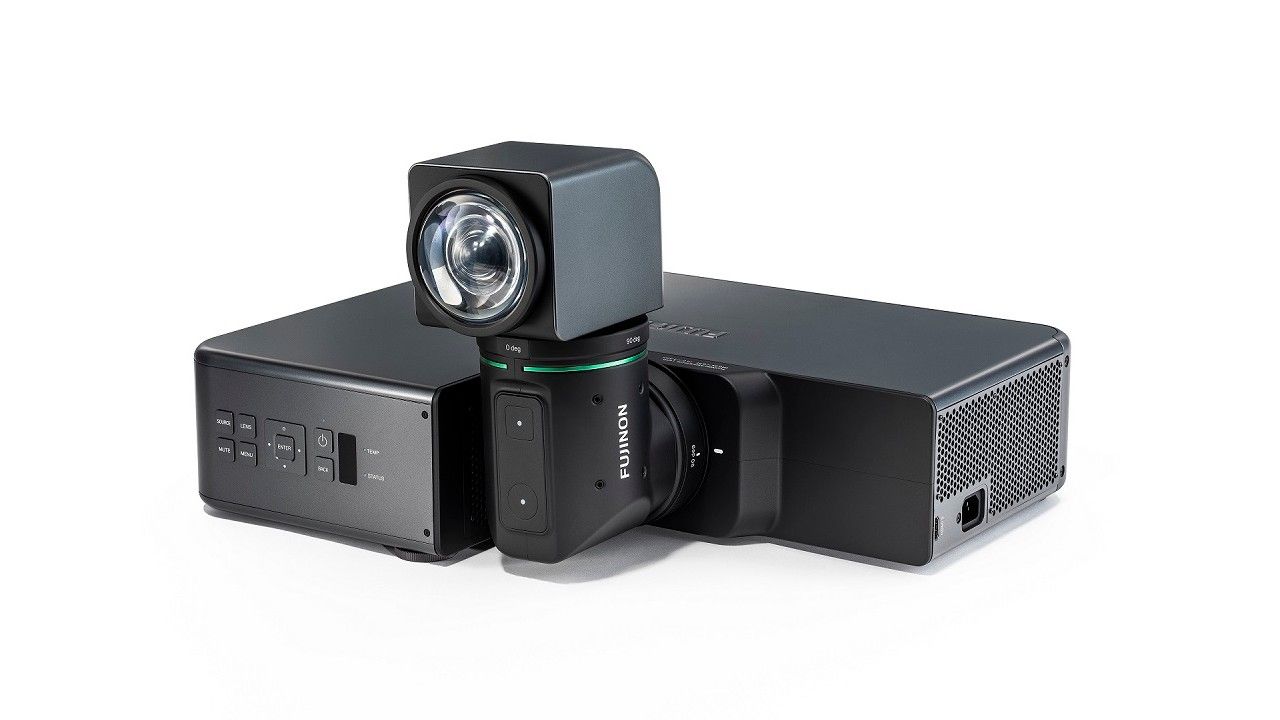 Fujifilm India Private Limited, a pioneer in imaging technologies, today announced its debut in projector industry with the launch of its Fujifilm Projector Z5000 - an ultra-short throw projector equipped with the world's first* “folded two-axial rotatable lens” to enable omnidirectional image projection without moving the main projector unit. FP-Z5000 - makes the impossible possible with world’s first six direction projection with a total of 22 pattern variations. The lens can face up, down, front, rear, left and right to project images in various directions without having to move the main unit.

The Projector is developed with Fujifilm’s cutting-edge optical technology, nurtured through the development of FUJINON lens. The unit projects images not only on a wall or screen but also on the ceiling and floor, and can easily switch between vertical and horizontal display. The Ultra Short Throw, with wide lens shift and rotatable lens makes it the best fit for places where a conventional projector could not be placed due to severe space constraints, and throw powerful images in directions that other projectors cannot handle.

An ideal choice for large-scale digital signage at retail stores or spatial design projection at art galleries and museums, where installation space is limited, or for image projection onto ceilings or floor to make effective use of available space. The use of Fujifilm’s ultra-short throw lens makes it even possible to project images on a 100-inch screen from the close-up distance of just 75cm. By tapping into its advanced optical design technology, accumulated through the development of these types of optical devices, Fujifilm has developed an innovative projector that meets the current market needs.

Speaking about the launch, Mr. Haruto Iwata, Managing Director, Fujifilm India Pvt Ltd. said, “FP-Z5000 marks our entry into projector market. We are committed towards bringing the best of global technology to the country. Its omnidirectional image projection and ultra-short throw lens makes it an ideal choice for anyone looking for a projector solution. As an imaging solution company, we are excited to expand our businesses and enter the projector market. Being one of the leading player in medical imaging and camera industry, with this launch we want to revolutionise the projector industry in India and across the globe.”

Elaborating about the product, Hiroki Yokomizo, Marketing Advisor Electronic Imaging and Optical Devices, said, “The launch of Z5000 projector with World’s First Two-Axial Rotatable Lens sets a new benchmark of innovation in venue projection market. We look forward to delivering a truly immersive experience to our consumers and help them witness the high performance and Fujifilm's cutting-edge optical technology. The Z5000 is capable of projecting powerful images on a massive 100-inch screen from a close-up distance of 75cm. With the launch of this projector, we want users to expand their existing boundaries of visual experiences.”

FUJINON lenses are used in some of the most advanced technology currently in the market including 4K/8K compatible broadcast lenses, high-performance cine lenses and interchangeable lenses for mirrorless digital cameras. The class-leading Lens Shift function of up to 82% vertically and 35% horizontally makes it easy to adjust the position of projected images across a wide range. The FP-Z5000 uses large-diameter spherical and aspherical lens elements, based on Fujifilm's advanced know-how in optical design, and a laser light source with outstanding durability. This reduces distortion and aberration edge-to-edge for stable projection of bright and vivid images.

Fujifilm has been working on research and development, manufacturing and marketing of industrial optical devices including optical components of office equipment and projectors, in addition to a wide range of broadcast lenses and cine lenses. Fujifilm will strive to achieve further business growth by continuing to develop innovative products that meet diverse market needs.