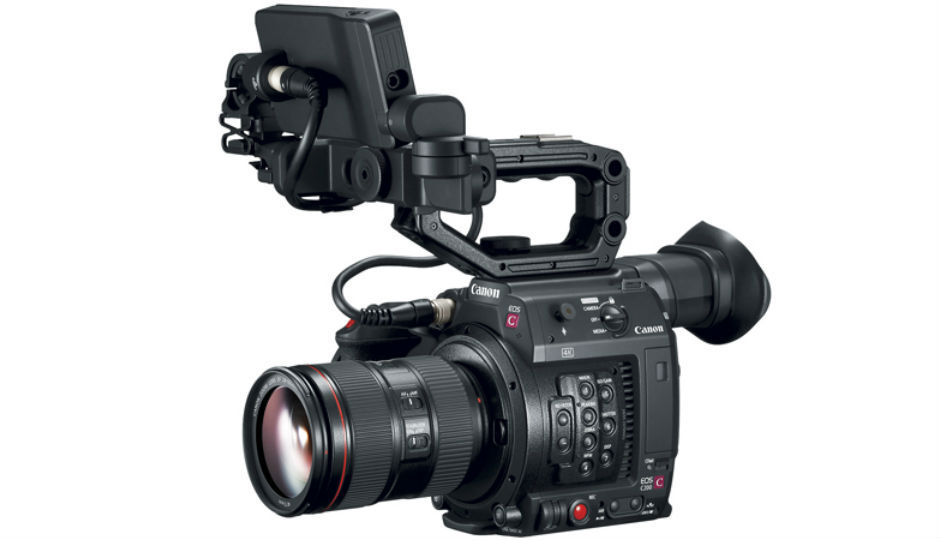 Canon today announced a new addition to the Company’s Cinema EOS System of professional cinematography products: the EOS C200 digital cinema camera, which makes possible the on-camera recording of 4K video in MP4 and the new Cinema RAW Light1. The camera is ideal for wide-ranging video productions such as movies, TV dramas and commercials, as well as news, documentaries and milestones events, for example, weddings.

The EOS C200 features the newly-developed Dual DIGIC DV 6 image processing platform that makes possible the recording of 4K video1 to CFast cards using the new Cinema RAW Light video format, which retains the same amount of information and degree of freedom when colour grading a Cinema RAW while achieving between one-third and one-fifth the file size, in addition to 4K MP4-format video2 recording to SD cards. Both of these 4K video formats are recorded on camera, thereby enabling more efficient 4K video content creation.

Commenting on the launch, Mr. Eddie Udagawa, VP, Consumer Imaging and Information Centre, Canon India, said, “Celebrating 30 years of EOS Systems, we are at the forefront of innovation and aim to introduce more evolved and technologically advanced products. Foraying into professional cinematography, the newly launched product CINEMA EOS C200 with its inbuilt 4K RAW/UHD @60FPS and FULL HD @120 FPS shooting capabilities, with excellent low light performance, the camera is set to meet the needs of all kind of productions across domains of Documentaries, ENG, Film & Broadcasting Schools, Corporate promotions and Premium Weddings. Canon continues to take its commitment forward with launch of exciting products that can elevate professional and personal experience.”

Using the LM-V1 touch-panel LCD monitor, users can intuitively select the subject they wish to focus on with simple touch operation. With Dual Pixel CMOS AF, which enables superb tracking and smooth autofocus ideal for video capture, users can employ touch operations for  fast and accurate adjustments, even during 4K shooting, when precise focusing can be a challenge.

The LA-V1 LCD attachment unit connects the camera body to the LM-V1 LCD monitor, enabling the monitor to be rotated freely during shooting while keeping it securely attached to the camera body.

Compared with the EOS C300 Mark II, the distance between the grip and the optical axis has been reduced by approximately 9 mm, improving weight balance for handheld use. The grip can also be quickly attached and detached with ease.

The HDU-2 handle unit can be attached to the camera body without tools, and features a newly-designed handle screw that enables fast and easy attachment.

The CL-V2 clamp base enables the attachment of the optional high-image-quality EVF-V70 OLED electronic viewfinder (sold separately) to the EOS C200, which does not come packaged with the LM-V1 LCD monitor, to make possible comfortable EVF shooting.