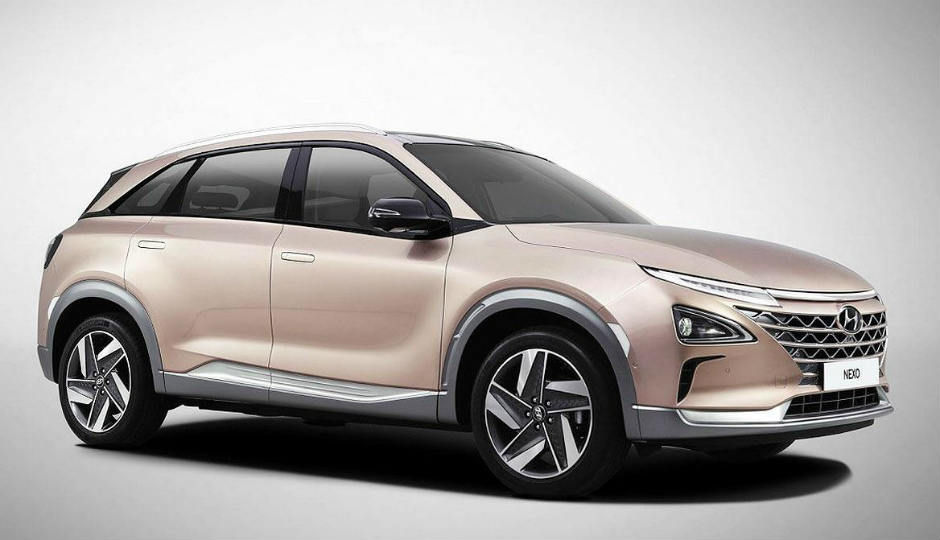 Hyundai has commenced sales of its flagship Fuel Cell EV - the Hyundai Nexo, in Korea. The premium fuel cell-powered SUV is targeted at the top of Hyundai's product portfolio, and the company claims to have received 1,061 pre-orders at the time of launch. The Nexo is powered by a 95kW fuel cell and a 40kW battery, with the electric motors producing total power figures of 161bhp and 395Nm torque. It claims total driving range of an impressive 595km, and aims to improve the presence and outreach of fuel cell vehicles globally. The flagship car includes a bunch of advanced driver assistance systems to lend it semi-autonomous capabilities, and will be launched outside of Korea by the end of 2018.

Prior to retail sales commencing, the Hyundai NEXO had been met with wide public interest, with a total of 1,061 vehicles being ordered throughout the pre-order period between March 19-26, 2018. Just on the first day of pre-order availability, Hyundai NEXO recorded order of 733 vehicles.

“We are witnessing a historic day as fuel cell technology is being commercialized in large quantities. With this positive beginning, we will continue our efforts in overseas markets to support fostering the newly developing fuel cell vehicle market”, said Byung Kwon Rhim, Executive Vice President of Hyundai Motor Company in charge of Global Operations Division.

On the same day, Hyundai delivered the vehicles to both local governments of the city of Ulsan and Gwangju in Korea. The ceremony in Ulsan took place at the hydrogen house, created through joint efforts from Hyundai and Ulsan city, while in Gwangju the ceremony took place at the newly built DongGok hydrogen multi energy station. Both local governments expressed their intention to expand hydrogen refueling infrastructure.

Hyundai Motor also introduced new measures to encourage the further spread of fuel cell electric vehicles. Hyundai announced a 10-year, 160,000km warranty for fuel cell components to reassure customers of the durability and reliability of fuel cell electric vehicles sold in Korea. Furthermore, Hyundai announced it has secured personnel and equipment to service Hyundai NEXO vehicles in all of its 22 service networks in Korea.

Pricing of Hyundai NEXO for overseas market will be disclosed at later date close to their market launches.