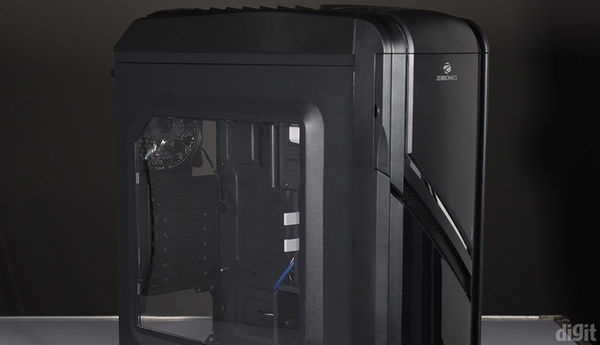 Let’s summarise all the aspects of the Premier before giving out our final verdict. There are two 120mm fans on the front panel and one 120mm fan on the back panel installed which are incredibly bright with white LEDs. It would have been great if there was a button to switch on and off the LED lights on the fans but that’s asking too much at this price. The top panel contains all the IO ports including two USB 2.0 and one USB 3.0 ports, audio out and mic in ports, power and reset button, and an SD/microSD card slot. There are two mounts on the top panel for two 120mm fans, but we were successful in installing only one otherwise the top panel wouldn’t attach.

You will be able to install a GPU with a maximum length of 270mm. If your GPU is longer (up to 320mm) then you will have to remove the SSD cage. There’s no room to install radiators anywhere in the cabinet which could be an issue if you're planning an upgrade to liquid cooling. With our test rig, the CPU touched 70 degree Celsius in our Prime95 stress test. The GPU was able to reach a maximum temperature of 65 degree Celsius in our Furmark benchmarking 1080p preset. Air cooling isn’t that great on the Premier in its factory-shipped state, and only if you have intensive workloads should you consider adding more fans. In real-world tests including casual browsing and gaming CS: GO, the CPU and GPU lingered around 55-60 degree and 55 degree Celsius respectively.

The low price and good build quality compensate for the poor cooling performance and average features of the cabinet. This results in a higher overall score. We would only recommend the cabinet if you were building a PC strictly for multimedia consumption, office work, and web browsing. If you are planning to build a budget gaming system, you should skip this cabinet. 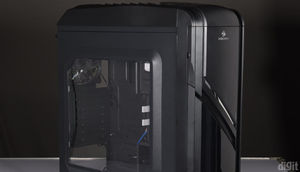 Zebronics has launched the ZEB-Juke Bar 9400 Pro in India. It is a 5.1 soundbar setup with support for Dolby Digital. It comes with a remote control. The front centre, left and right channels are...

Samsung has sent out invites to the press for an event in London. The event christened, Samsung Premier is expected to showcase details on Samsung’s Ativ and Galaxy line of products. For those that are...