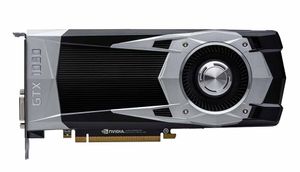 Nvidia's GTX 1060 is an affordable member of its Pascal-based graphics card lineup that is claimed to be faster than a GTX 980—a card and features a power-sipping TDP of just 120W. The card is based on a new GP106 chip and sports 1280 CUDA cores, 6GB of GDDR5 memory running at 8GHz and a boost clock of 1.7GHz that Nvidia claims is easily overclocked to 2GHz and beyond. Power supply is via a single 6-pin connector. The $249 GTX 1060 is officially priced at Rs.22,999.

Intel’s desktop graphics ambitions have been no secret, with the company’s upcoming DG2 having been rumoured and leaked in all sorts of manner. The DG2 is to be a successor to the DG1 and is...

For PC gaming enthusiasts there’s some bad news on the horizon. The Nvidia RTX 3080 Ti has now been delayed. Originally scheduled for an April launch, the 3080 Ti will now be released sometime in...

Rumours have been making the rounds that Nvidia will announce a GeForce RTX 3050 Ti graphics card. Now, a new leak has surfaced which adds more weight to the potential arrival of the unannounced GPU....