Bose has launched its Frame Sunglasses in India 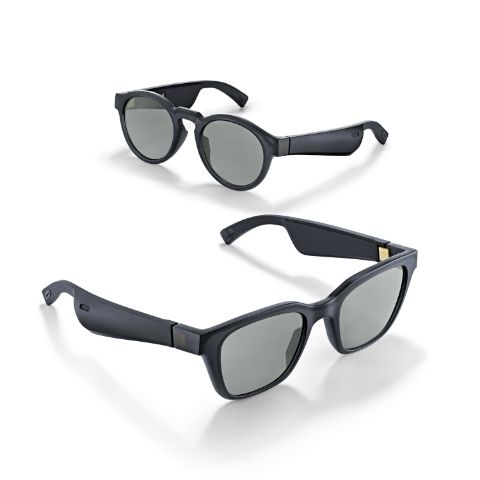 Bose has launched its Frames Audio AR sunglasses in India. The Bose Frames are a set of sunglasses that also feature the functionality of wireless headphones, and an audio AR platform. “Frames are both magical and practical,” said Mehul Trivedi, director of Bose Frames.  “With the new lens options, they’re more versatile premium sunglasses.  But when you turn them on, they function like headphones, instantly connecting to your phone, contacts, the web, and all its audible content.  Frames have taken the wearable category by storm since their U.S. release six months ago, and we’re really excited to bring their groundbreaking performance — and new accessories — to people all over the world.”

Bose Frames are available in two designs, Alto and Rondo. Alto is square and angled, while Rondo is round and smaller. The company notes that both are able to block 99% of UVA/UVB rays and feature uniformly tinted lenses, which can be replaced. Further, the lenses are said to offer scratch and shatter resistance.

For audio, the Bose Frames use a “wafer-thin acoustic package” that is integrated into the arms of the frames. For touch and voice control, the device uses a small microphone and multi-function button embedded on the right temple. This can be used for power and pairing. It can also be used to pause/skip songs or bring up Siri/Google Assistant. The Bose Connect app offers additional control settings. The app also allows access to Bose AR.

The Bose Frames are said to be the first commercial product to be embedded with Bose’s augmented reality platform. However, unlike other AR platforms, Bose AR relies on audio, instead of visual cues. It uses a 9-axis head sensor and the GPS from the smartphone to know where the user is and what direction they are facing. It then offers audio cues related to the location and what the user is seeing. Information offered by Bose AR may include things such as landmark information, directions, restaurant menus and more.

The Bose Frames are charged via pogo pins located on one of the arms of the frame. As per Bose, the wearable can offer an average listening time of up to 3.5 hours, and up to 12 hours on standby. The company claims that they can be recharged in less than two hours.