You will shop for the OnePlus 3 in VR this time

OnePlus' Loop VR headset is available for Re. 1 on Amazon, and will be available for purchase on June 3 and June 7 via pre-registration. 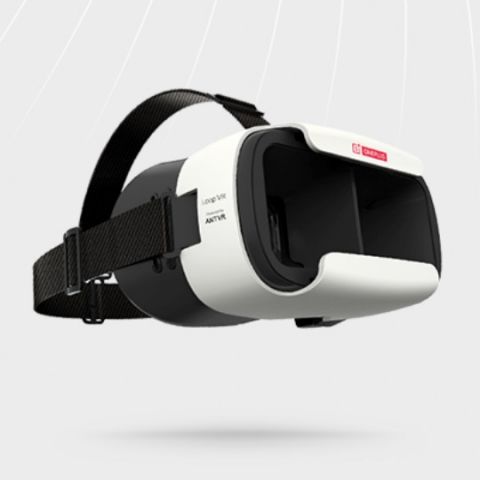 OnePlus will launch its next flagship phone, the OnePlus 3, in virtual reality once again. However, this time the company says that the launch will be the “world’s first global shopping experience in VR” as users will be able to purchase the device, while they are in virtual reality. To do this, the company has launched the Loop VR headset, which it is giving away for Re. 1, on Amazon (plus shipping charges). The headset is made in collaboration with AntVR and only 30,000 units will be available. It will be up for sale on June 3 and June 7, and those interested can register now. The launch will be held aboard a virtually created space station, called The Loop.

In a post on OnePlus’ forum, the company’s co-founder, Carl Pei, said, “We’re extremely excited about the OnePlus 3, but it’s important to remember that without you, we wouldn’t have made it this far. Actually, that’s why we decided to do VR launches in the first place. Instead of speaking to a few members of the press, to be able to bring all of you together at the same time, and same place. This is just as much your launch as it is ours. We can’t wait to see what’s next, so let’s find out - together.”

Last year, OnePlus launched the OnePlus 2 smartphone in VR. In order to watch the event, it made a cardboard headset, similar to Google Cardboard, but with minor tweaks and improvements, so that it could accommodate the OnePlus One. Like the Loop VR, only 30,000 units of the OnePlus Cardboard were made available to users for free, with additional shipping charges.