Sony has announced that it is officially renaming its virtual reality headset to Playstation VR and will be releasing the device in early 2016. 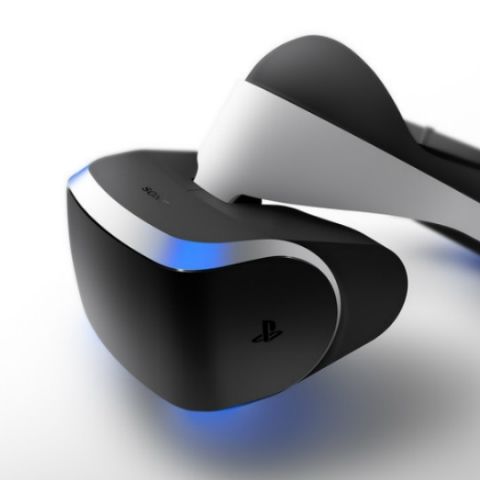 Sony has officially renamed its Project Morpheus virtual reality headset to Playstation VR. The new name of the headset was announced at Sony’s conference at the Tokyo Game Show. The company has said that the device is slated for an early 2016 release, but it hasn’t mentioned any specific date or the price.

The PlayStation VR headset was announced back in 2014 as Project Morpheus. The VR headset will come with a 120Hz refresh rate and an OLED display with a 1920x1080 pixel resolution with 960x1080 pixel resolution for each eye. The display size is 5.7-inches that gives the user a 100 degree field of view. The device has nine LED trackers that allow for 360 degrees of tracking.

Sony isn’t the only company that plans on launching VR headsets. Perhaps the most well known VR headset at the moment is Oculus Rift. The headset was initially proposed on Kickstarter where it managed to raise $2.5 million. It comes with a two AMOLED displays and 360 degree position and orientation tracking. They had also announced a new controller for the Rift called Oculus Touch. The Touch is a pair of tracked controllers although one can also use an XBox One controller.

The HTC Vive VR headset was developed in collaboration with Valve, makers of the Half Life series of video games. The Vive was revealed in 2015 and will be powered by Valve’s SteamVR. It has a 1080x1200 pixel resolution for each eye and a refresh rate of 90 frames per second. It uses a gyrosensor, accelerometer and a laser sensor to track its position. The HTC Vive also won the award for the Best Hardware (incl. Peripheral category) at Gamescom this year.

If you want to experience virtual reality at a low price, then you can also check out Google Cardboard. The Google Cardboard was available as the OnePlus Cardboard for as low as Rs. 99, on Amazon, although it is currently unavailable as of now. As the name would suggest, the device is made from cardboard and can be assembled in a couple of minutes. The user has to install certain apps on their Android or iPhone and place it in the headset. Users will get  to enjoy a complete VR experience for a fraction of the cost of the above devices, but it’s use is pretty limited for now.