Samsung may be working on a Windows Mixed Reality Headset, press renders leak

Press renders of the device were leaked on Twitter, suggesting that the headset will come with built-in AKG headphones and bundled motion controllers 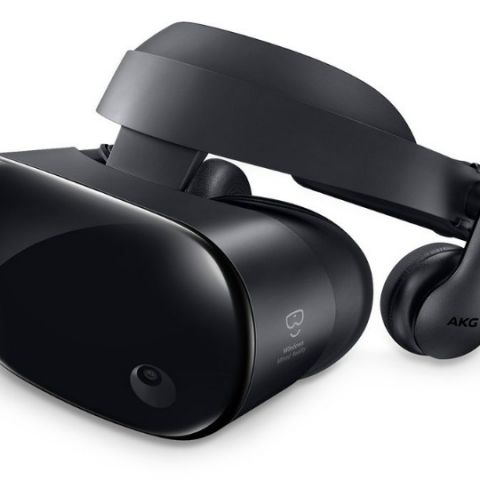 It seems like Samsung may be planning to launch a Windows Mixed Reality headset. Twitter users @h0x0d has posted press renders of the upcoming device. The image suggest that the headset will come with built-in headphones by AKG and may be available with motion controllers. Additional details are not yet known. Microsoft is hosting an event on October 3, which focuses on Windows Mixed reality and it is possible that the head may be unveiled at the event.

Acer and HP have already unveiled their own Mixed Reality headsets, which are priced at $299 (approx Rs 19,600) and $329 (approx Rs 21,600) respectively. The Acer headset bundle with the controllers is priced at $400 (approx Rs 26,000). Unlike the Oculus Rift and HTC Vive, Acer and HP’s headsets use LCD displays as opposed to OLED. Both these headsets offer a refresh rate of 90Hz.

Late last month, Lenovo also unveiled its own Mixed Reality headset. Called the Explorer, the standalone headset is priced at $349 (approx  Rs 23,000), while the bundle with the mixed controllers is priced at $449 (approx Rs 29,500).