Google has confirmed that Daydream support is rolling out for Samsung's flagship Galaxy S8 and S8+. The update seems more like a server-side switch rather than a system update. 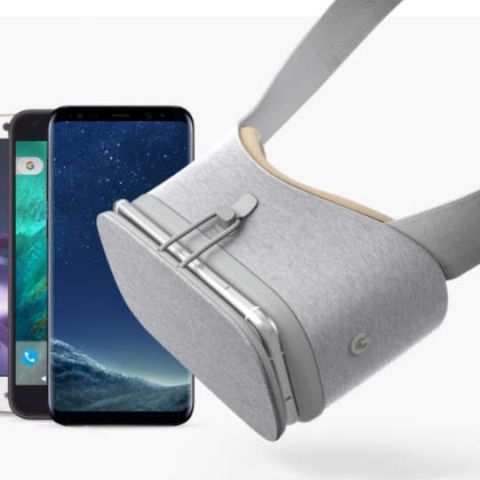 At Google I/O 2017 in May, the search giant announced that support for its Daydream VR platform will be rolled out to Galaxy S8 and S8+ smartphones this summer. The list of smartphones supporting Google's VR platform now includes Samsung Galaxy S8, Galaxy S8+, Google Pixel, Google Pixel XL, Moto Z, ZTE Axon 7, Huawei Mate 9 Pro and Asus ZenFone AR. Google had earlier said that it expects to have 11 Daydream-ready phones by the end of 2017. Samsung's Galaxy S8 and S8+ also support company's Gear VR based on Oculus' VR platform.

The update was already being rolled out by major US carriers including T-Mobile and Verizon but users were unable to use the feature. Android Police notes that the update seems more like a server-side switch rather than a system update. One Reddit user added that Daydream support can be enabled by clearing the Google VR services app's data. To recall, Daydream VR platform was first announced at company's annual developer conference last year and consecutively made its debut alongside Pixel smartphones launch in October. Google also introduced Daydream View VR headset that works only with compatible Daydream-enabled smartphones.