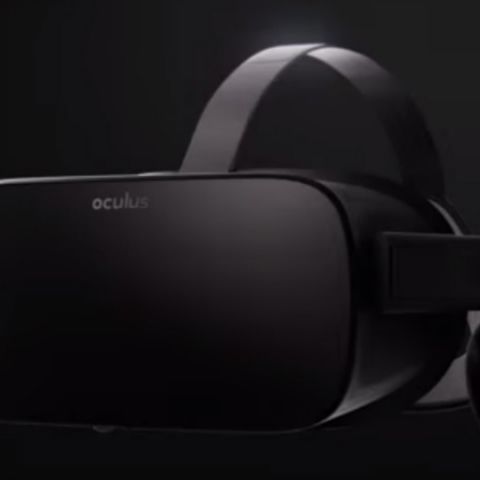 Oculus has finally unveiled a consumer ready Oculus Rift VR headset. Oculus has partnered with Microsoft and the Rift will be shipped with an Xbox One wireless controller and a mountable camera (replacing the Xbox Kinect) to track head movements. The company also announced that it's targeting a Q1 2016 launch. Pricing and availability is still unknown.

Over the past two years, Oculus has been steadily improving its design and technology to give a better VR experience. The upcoming Oculus Rift is a refined design over the Crescent Bay version which the company showed off earlier this year. Before the Crescent Bay iteration Oculus was struggling to keep ghosting issues at bay but the company finally overcame that obstacle by interleaving a black frame in between two video frames. That also meant increasing the refresh rate to 90Hz. This meant the company had to come up with a new display, and it achieved this by employing two custom OLED displays with low persistence. While Oculus didn't reveal any resolution specifications, in an earlier blog post Oculus Chief Architect, Atman Binstock confirmed that the “the Rift runs at 2160×1200 at 90Hz split over dual displays, consuming 233 million pixels per second”.The display will be fixed behind the optical lenses which can be adjusted accordingly by the user. All earlier versions of the VR headset from Oculus used the Xbox’s Kinect camera to track head motion but in the Rift, the company will be shipping its own camera.

While the display has been the centerpiece of this VR technology, the VR headset also incorporates directional audio headsets which will give users a better sense of immersion. The headphones come with an integrated mic as well. The company has also made the headset lighter than its previous generations. Users can adjust the distance between lenses, the facial foam and the VR headset is capable of accommodating most kinds of glasses.

Apart from the VR headset itself, the Oculus Rift will come with a Microsoft Xbox One controller. The company states the best way currently to interact with a game while wearing the VR headset is a controller. The company also announced Oculus Touch which is a pair of controllers made by Oculus itself. Each controller features a traditional analog thumbstick, an analog trigger and two buttons right next to the analog thumbstick. But, these controllers have more than just triggers and buttons. The Oculus Touch also works with motion tracking technology enabling users to have a more immersive experience. The controller will be able to recognize hand gestures like pointing, waving, giving a thumbs-up or you can use the pair as a virtual gun as well. 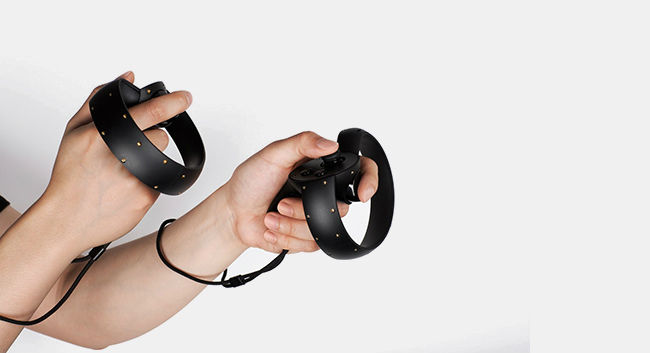 There are quite a few titles which will be playable at launch including EVE: Valkyrie from CCP Games, Chronos from Gunfire Games and Edge of Nowhere from Insomniac Games. Along with these games, the company is also working with other big developers to make their upcoming gaming titles VR friendly. In addition to the growing library of playable titles, the company states that upcoming Xbox game titles could be streamed into Rift (in 2D mode only at the moment).

Other companies like Sony and HTC (in partnership with Valve) are aligning to launch their consumer versions of their VR headsets in the next year as well. HTC has also started shipping developer kits to developers starting this month. However, we believe the consumer versions of all these VR headsets will have a higher price tag and would require an equally powerful hardware to run. For example, the Oculus Rift requires the following recommended hardware: Nvidia GTX 970 / AMD R9 290 equivalent or greater, Intel i5-4590 or equivalent, and 8GB of RAM.

In essence, the era of the VR headsets will officially start from next year when multiple VR headsets will hit store shelves. The first iterations might not be the best and may not get enough content to fully justify VR but in the next year or two, the direction will be set and we may get another gaming accessory worth buying.