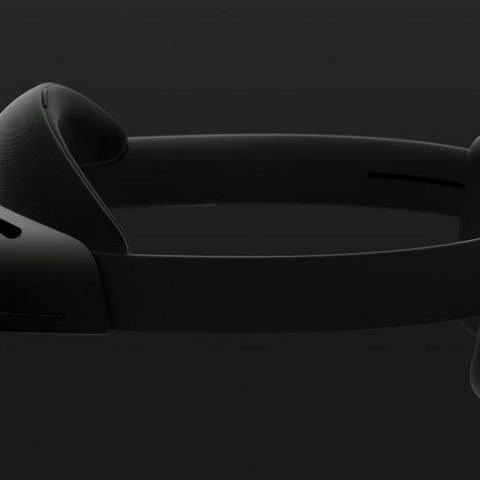 News from this year’s Mobile World Congress at Barcelona, Spain continues to pour in at a steady pace. Microsoft has announced HoloLens 2, the second iteration of its mixed reality smartglasses. The press event was hosted by Julia White, Corporate Vice President for Microsoft Azure, Alex Kipman, Technical Engineer, and Satya Nadella, the company’s CEO. HoloLens 2 replaces the HoloLens that was released in 2016. The new device comes with several improvements.

According to a blog post published by Microsoft, immersion has improved in the new HoloLens 2. The company has more than doubled the field of view while retaining the industry-standard 47 pixels per degree of sight. The device consists of a new display that’s more sophisticated technically but draws lesser power. Underpinning the device are a new time-of-flight sensor, inbuilt AI and semantic understanding logic, and eye-tracking sensors. HoloLens 2 enables direct manipulation of holograms with real-life instinctual interactions. Log-ins happen with the help of Windows Hello integration.

According to Microsoft, comfort too has improved thanks to the use of light carbon-fibre material and a new mechanism for wearing it without readjusting. A new dial-in fit system maked the device more comfortable to wear for longer hours. The American software corporation believes that HoloLens 2 becomes more capable when combined with existing and new Azure services. It’s also supplemented by Microsoft’s mixed reality applications like Dynamics 365, Remote Assist, Dynamics 365 Layout, and the new Dynamics 365 Guides applications.

“We are entering a new era of computing, one in which the digital world goes beyond two-dimensional screens and enters the three-dimensional world. This new collaborative computing era will empower us all to achieve more, break boundaries and work together with greater ease and immediacy in 3D,” wrote White in her official blog post. The Microsoft HoloLens 2 will ship later this year at a price of $3,500 (Rs, 2,50,000) in the US, Japan, China, Germany, Canada, United Kingdom, Ireland, France, Australia, and New Zealand but is available for pre-order starting now.

Related Read: All the foldable smartphones announced so far at MWC 2019