HTC Vive VR headset up for pre-order, priced at $799 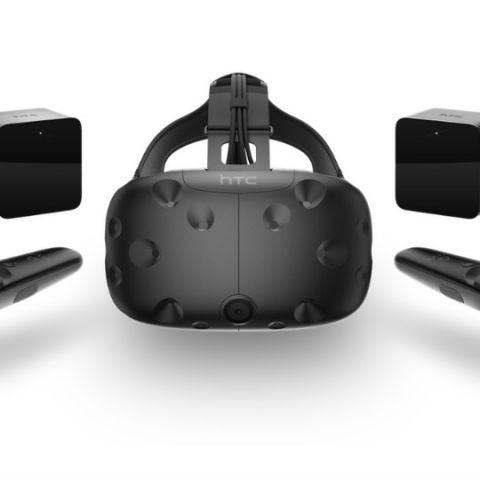 HTC has revealed that its Vive VR headset will be priced at $799 (approx. Rs. 54,700) and will be available for pre-order from February 29. The company also detailed the accessories that come bundled with the Vive. This includes two wireless controllers, two Vive base stations, a Link Box, and a pair of earbuds. The headset connects to a PC via a cable at the back, and has a headphone jack that allows users to plug in their own pair of headphones. The HTC Vive will be available in 24 countries in early April. These include the US, UK, Australia, China, Japan, Spain, Taiwan and more. However, India will not be one of the countries where the headset would be launched initially.

In addition, the company revealed that the HTC Vive will also come with smartphone functionality. It will allow users to answer calls, check text messages, and view calendar functions without the need to remove the headset. The headset will support phones with iOS or Android. HTC also said that the Vive will come bundled with two free VR games, namely Job Simulator: the 2050 Archives and Fantastic Contraption. Last month, Oculus announced that the Rift VR was available for pre-order for $599 (approx. Rs. 41,000) and would be start shipping to 20 countries from March 28.