Google will let you 'Daydream' in VR soon

At Google I/O 2016, the search giant announced a Virtual Reality platform for Android N. Google says that Daydream capable smartphones, will be available this fall. 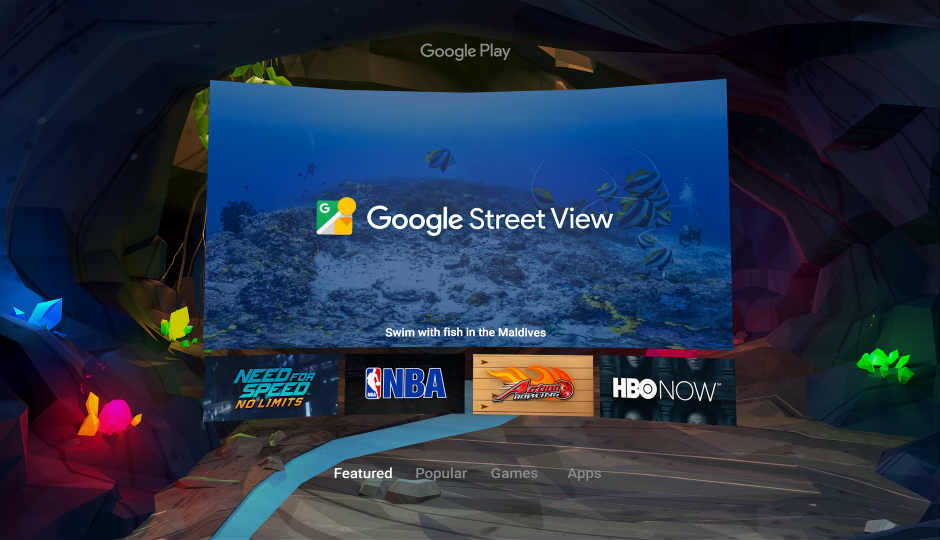 Google will let you 'Daydream' in VR soon

Remember Google Cardboard? The little DIY VR headset from Google. Now, Google is taking it a huge step further. At the annual I/O conference which kicked-off last night (local time IST), Google announced Daydream, a VR platform built on top of Android N. Daydream is a much more advanced version of Google Cardboard and there are some basic hardware requirements that a smartphone maker will have to fulfill for the smartphone to be Daydream ready.

While Google Cardboard worked with almost any Android smartphone, Daydream will work on new phones with specific components like SoC, sensors, and display. Google has announced hardware partners that will manufacture Daydream-ready phones. These partners include Samsung, HTC, LG, Xiaomi, Huawei, ZTE, Asus, and Alcatel.

When a daydream powered phone is married with a headset, the user will get a home screen where he/she can access apps and content. The UI looks quite similar to the one we have seen on the Samsung Gear VR which is powered by Oculus. For the Daydream experience, Google has created VR versions of popular Google apps such as YouTube, Street View, Google Play Store, and more. Google is also working with the likes of Ubisoft and EA to make games for Daydream.

What remains to be seen is how good the quality of VR content is on the smartphones. As Google has set hardware standards for Daydream, there will be quality maintained at least on the hardware front. As of now we have experienced the Samsung Gear VR and it is the best VR experience on a mobile Platform. We have seen other VR headsets such as the Procus VR headset, AntVR and more and their experience remains lackluster. We have also experienced the Oculus Rift and the HTC Vive, which are quite immersive, but cost a whole lot more too.