AR Stickers are out now in the Play Store for the the first-gen Pixel and Pixel 2 family of smartphones. The app is a new mode in the Google Camera that lets you drop 3D characters in the camera feed. 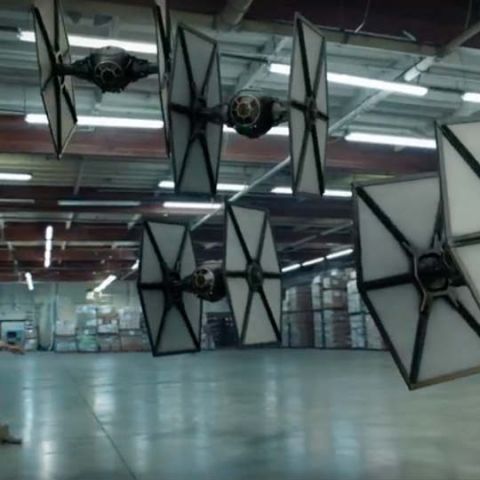 Google’s first ARCore app is live on the Google Play Store. The app lets users put 3D virtual reality characters in the camera’s feed. You can also add characters from Star Wars and Stranger Things in the camera feed. The official release says, “Users can team up with “Star Wars: The Last Jedi” characters like BB-8 and R2-D2, or even stage fun moments with Eleven, the Demogorgon, and other characters from Netflix’s ‘Stranger Things’. Or use Foodmoji stickers to make it clear that you’re feeling hungry, 3D Text for when you really want to title your life, or shoot a celebratory video at a New Year’s party complete with animated AR balloons, cake, and champagne.”

If you are the fortunate owner of a first-gen Pixel or Pixel 2, then all you need to do is open up the camera app, switch to AR Stickers mode, choose a sticker pack, and drop them into the scene. You can also move, resize and rotate the stickers, and they even interact with other characters in the scene.

There is one thing to remember though. AR Stickers will only work on Pixel and Pixel 2 phones running Android 8.1 Oreo. So, you may want to update your smartphone if you haven’t already done so. Google will release more AR Sticker packs in the future.

In addition to augmented reality, Google has also introduced Google Lens in the Google Assistant on Pixel. If walking past a landmark in a new city, just open up the Assistant on Pixel and tap the Lens button (or simply squeeze the sides of the Pixel 2 phone) to get more information about what you are looking at in real time. This is nice, especially for those that want to learn about the history of a place when traveling.

In addition, with Google Lens in Google Photos, users can now copy important information–like a Wi-Fi password, gift card code, or recipe—from a photo and then paste it somewhere else (into a field on a web page, an email, or text message for example). This will be a lot easier than opening notes and taking down all the information you want.

Another cool feature is the ability to broadcast your voice from the Pixel to the Google Home devices around your house. So, no need to wake the kids up by entering the room. Simply let your voice be heard.

Speaking of Google machine learning, a feature called SmartSelect is making its way to the Pixels. Using machine learning, SmartSelect recognizes text when long pressed, highlights the relevant word(s), and then recommends a next logical step via a suggested app, like taking users to Maps if an address is copied so on and so forth. Another useful feature in Oreo 8.1 for Pixel users is the ability to show how fast nearby Wi-Fi networks are.