Apple scaling work to launch an AR headset as early as 2019: Bloomberg

Apple CEO Tim Cook believes augmented reality can be as big as the smartphone itself. The company is ramping up work on the development of an AR headset with its own chipset and an operating system tailored to serve AR applications. 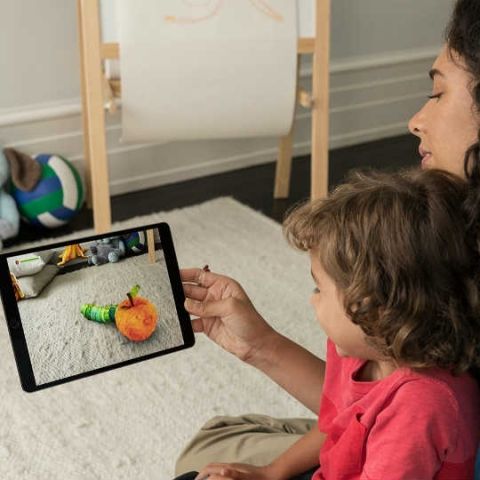 With the launch of ARKit, Apple has already turned its iOS mobile ecosystem into the world's largest platform for augmented reality applications. However, the Cupertino-based company's ambitions won't cease just yet. Apple has been rumoured to be working on an Augmented Reality headset for some time and its CEO Tim Cook said technology to build quality AR glasses doesn't exist in an interview last month.

Bloomberg now reports Apple is ramping up work on an AR headset and sees it as the major product to succeed the adoption and popularity of the iPhone. Apple's AR headset will have its own display and will use a new chipset and operating system. The company has also reportedly deputed a team to work on App Store that will become the marketplace for exploring third-party apps and content for the new AR headset.

Microsoft is the only major technology company to have a working AR headset in the market but it is mainly limited to corporations and developers, and costs a whopping $3,000. Apple's AR headset, on the other end, is expected to a mass market device. Cook had once said that augmented reality can be as big as the smartphone itself.

Apple has not had a breakthrough product on the scale of iPhone since the original iPhone launched in 2007. The iPhone sales contribute over 50 percent of Apple's total revenue and Apple is said to putting together a team to work on AR-related products that include people who worked on the original iPhone. Bloomberg says the team is led by Mike Rockwell and it has grown to several hundred engineers working on hardware and software products under the code name "T288."

The report confirms that ARKit was developed by the team led by Rockwell and Apple sees it as a testbed for the technology they plan to bring to the forefront with a standalone AR headset. In order to make its AR headset successful and cost-effective, the company is designing an in-house chipset that will integrate the CPU, GPU and AI chip into a SoC and have a footprint smaller than standard chip design.

It is also developing a new operating system dubbed "rOS" that stands for reality operating system. It is said to be based on iOS and will power augmented reality applications. Apple has started scaling work around this headset but it has not yet decided how consumers will control and interact with the device. Apple engineers are reportedly testing applications ranging from mapping and texting on HTC Vive and are also working on a device similar to Oculus Rift that connects with iPhone that will help understand user applications.

Apple intends to debut the AR headset sometime in 2019 and will be the first revolutionary product to launch under the leadership of Tim Cook. With ARKit, Apple is acquainting developers with tools needed to design augmented reality applications and intends to release a version with more tools as early as 2018.While Microsoft already has an AR headset, it is pursuing its own ambitions in an area called mixed reality that aims to fall between virtual reality and augmented reality. Google and Facebook's Oculus are also said to be working on their AR devices but Apple might probably lead the pack to launch a device that will replace iPhones in the near future.