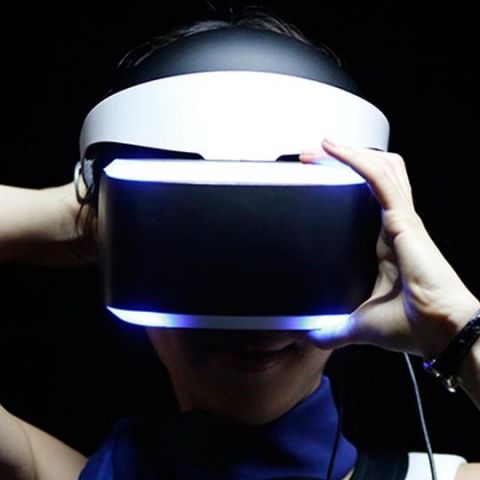 Apple has been awarded a patent for an iPhone-compatible headset that would display virtual reality images. The US Patent and Trademark Office approved Apple’s patent, called the "Head-Mounted Display Apparatus for Retaining a Portable Electronic Device with Display."

The patent described a head-mounted portable electronic device that an iPhone can be inserted into in order to display virtual reality. It also includes a remote control to enable a user to change screen content while wearing the headset-iPhone display. The headset would allow users to view media including television and feature films while travelling, according to the patent. Apple first filed for the invention in September of 2008.

Apple's virtual reality headset is very similar to the Gear VR launched by Samsung late last year. According to reports Samsung Gear VR headset is currently in beta testing and works with the company's Galaxy Note 4 smartphone. Samsung's headset was designed in collaboration with Oculus, that was acquired by social networking site Facebook last year for $2 billion.

Apart from this, Google is also working on a VR headset known as Cardboard which was announced at the I/O conference in 2014. Tech giant Microsoft has also unveiled it HoloLens augmented reality headset that projects holographic images, last month. Read: Mozilla launches 'MozVR' virtual reality playground on the web