Last day for submitting name entries for the new OnePlus Smart TV is October 17. The winner stands a chance to attend the launch of the OnePlus TV 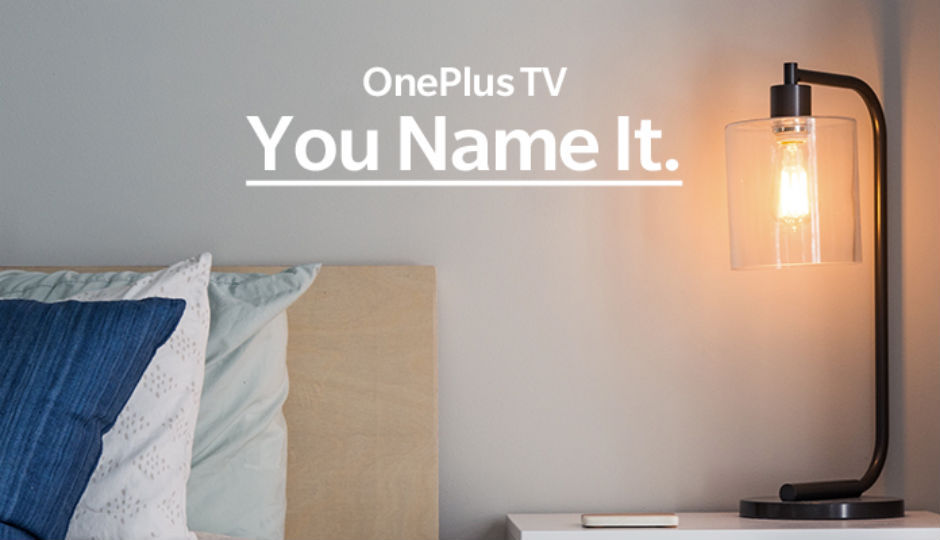 OnePlus announced that it is working on a TV. No details are known about the product, not even the name. But speaking of the name, OnePlus is looking towards its community to christen its TV. On its official website, OnePlus has said, “To kick off this journey, we ask for your help in giving our TV product something truly special: a NAME.” There are of course prizes involved in case your name suggestion is used. Interested? Well, read on to know how to enter!

Those interested can enter their proposed name for the OnePlus TV here before October 17. A person can suggest multiple names, but only one name per entry. On October 31, the OnePlus team will choose their favourite 10 suggestions. Each of these 10 favourites will get a pair of OnePlus Bullets Wireless. These aren’t the finalists though. 10 finalists will also be chosen, and 1 grand-prize winner will be chosen by the OnePlus team. The winner will be announced before December 17, 2018.

As far as rules for entering the contest are concerned, participants can suggest as many names as they like, but are only eligible to win ONE pair of OnePlus Bullets Wireless headset. If a winning name was proposed more than once, the user who suggested the name first will be selected as the winner.

As we’ve mentioned above, there is no information available about the OnePlus TV. However, we can expect it launch with a bunch of AI features. Considering the boom of budget 4K TVs erupting in the market, we think it will be a 4K TV. It is also possible that the TV will sport HDR. We hope the TV runs on Android out of the box, if Android is the chosen OS. However, we hope that it doesn’t sport AOSP (Android Open Source Platform).