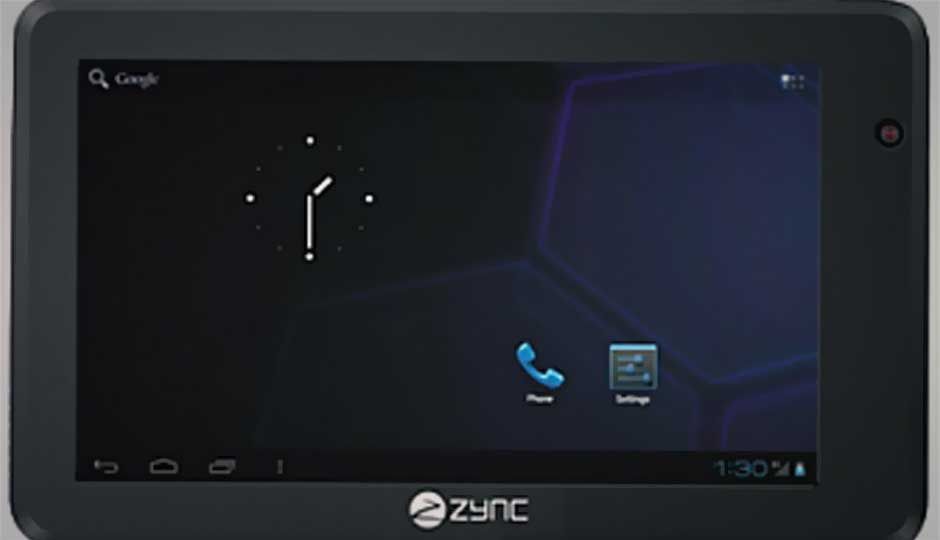 Competition in the budget tablet segment has continued to intensify. The latest entrant in the market is Zync's Z-990, which the company touts as India's first Android 4.0 Ice Cream Sandwich tablet. Priced at Rs. 8,990, the Zync Z-990 runs a powerful 1.2GHz processor with 1GB of RAM.

The Zynch Z-990 has a seven-inch display with 800x480 pixels resolution and 0.3MP front facing camera. It has 4GB of internal storage. For connectivity, the device supports Wi-Fi, 3G, and USB 2.0. The Zynch Z-990 comes with a standard 3,600 mAh Li-ion battery. The device is available at online retail store Letsbuy for Rs. 8,500.

Earlier we'd reported that Micromax's P-300 was the first tablet in India to run on the latest Android ICS operating system. The device was spotted on online store HomeShop 18, which had then listed it as “out of stock”. However, the website later pulled that image and name of the device. According to reports, the device is likely to return on the site after it is officially launched.

Zync's Z-990 is going to compete with other Indian budget tablets including the recently launched Intex i-Tab. Check out our coverage on Intex's i-Tab here.