Xiaomi runs out of 64GB Mi Pad 2 within a minute 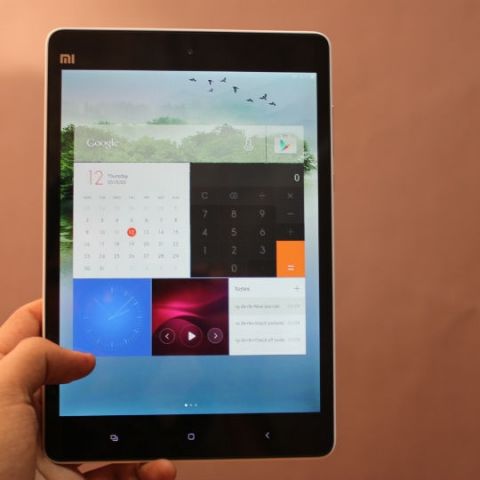 Yesterday, Xiaomi released the 64GB version of the Mi Pad 2 as part of a flash sale. Setting yet another record, the 7.9 inch tablet was completely sold out under a minute of the sale going live. With the 64GB version, Xiaomi now gives users the ability to purchase the Mi Pad 2 with Android or Windows 10 inside the device. The Mi Pad 2’s 64 GB variant is the only one that will come with a Windows 10 option, hence, the surge in demand for the tablet can be attributed to an emerging trend of Windows 10 powered devices. Last month, Xiaomi had officially launched the Android version of Mi Pad 2 with 16GB of internal storage, which could also be the reason for this unprecedented demand for a higher 64GB storage option.

The Mi Pad 2 64GB variant is priced at 1299 Yuan (Rs. 13,284 approx) whereas the 16GB variant is priced at 999 Yuan (Rs. 10,400 approx). The tab comes with a 7.9 inch IPS LCD 1536 X 2048 display, an Intel Atom X5-Z8500 chipset, a quad-core 2.24 GHz CPU and 2 GB of RAM. In the imaging department, the tablet houses a 8MP rear shooter and a 5MP front facing camera. Storage in the Mi Pad 2 is expandable upto 128GB, using a micro-SD card. All this is powered by a 6190 mAh battery, which is lesser than its predecessor- the Mi Pad. Compared to its predecessor, the Mi Pad 2 has become slimmer and lighter, but display size and resolution remains the same. This time around, It also features a USB Type C port with fast charging capabilities.

The Xiaomi Mi Pad 2 is a strong contender against Apple’s iPad Mini 4, which also has an IPS LCD display with the same resolution as the Mi Pad 2. The price difference between the two tablets is quite vast though, which can be where the Mi Pad gets an edge over the iPad Mini 4. Here’s a quick comparison of the specs of both the tablets.