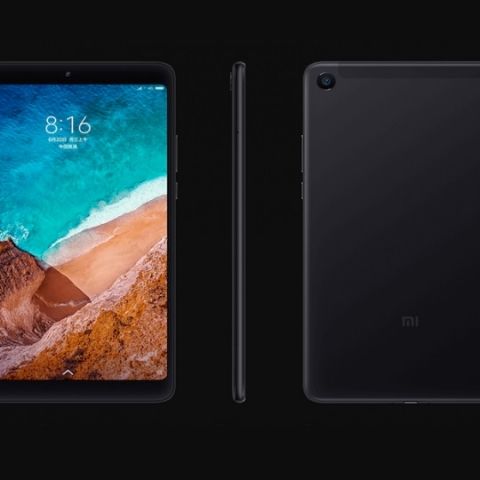 The Xiaomi Mi Pad 4 has been launched in China. The product page for the tablet went live a day ahead of its launch, revealing the various variants and their respective prices.

The Mi Pad 4 has an 8-inch display with a resolution of 1920 x 1200 pixels and an aspect ratio of 16:10. Pixel density stands at 283 ppi, a ppi-count that’s lower than the display on its predecessor, the Mi Pad 3. The Mi Pad 4 is powered by a Qualcomm Snapdragon 660 chipset with an Octa-core processor clocking at 2.2GHz and an Adreno 512 GPU. RAM/Storage combinations include 3GB/32GB and 4GB/64GB. Under the proprietary UI, MIUI 10, the tablet runs Android 8.1 Oreo out-of-the-box. A notable new software feature in the Mi Pad 4 is split screen mode.