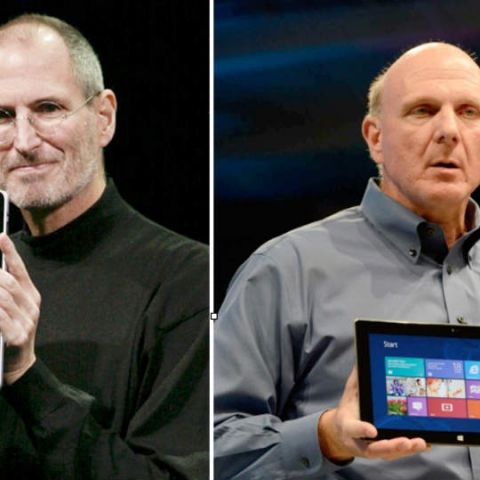 Microsoft tablets, ranging from entry-level devices to the newly-launched Surface Pro 4, are taking a bite off Apple's iPad tablet market share, and it's all happening because of the Windows 10 operating system. A report by research firm Strategy Analytics has been doing the rounds on the internet, and suggests that shipments of Microsoft tablets now makes for 10% of the total tablet market. Growth projections suggest that by 2019, Microsoft may be responsible for 18% of the total tablet sales worldwide, just behind Apple's current market share of 23%.

Apple has been setting sales records when it comes to the Mac, but iPad sales have continued to plummet for months now. In the third quarter of this year, Apple sold 10,931 iPads, but the sales dwindled further in the fourth quarter when only 9,883 million iPads were sold globally. The latest financial results from the Cupertino-based tech company show that Apple made more money selling the Mac that the iPad. A few years ago, the story was the completely different, and analysts actually thought that the Mac would slowly become just a footnote in Apple's device story.

This report from Strategy Analytics suggests that Microsoft's Windows 10 push has started paying off, with an increasing number of users adopting tablets made by the Redmond-based giant. "Windows Tablet market share has dwindled in the mid-single digit range for the last few years but Windows devices now run the gamut," said Eric Smith, Senior Analyst, Tablet & Touchscreen Strategies service. "Power, graphics, and functionality aside, Windows 10 provides a stable base from which the ecosystem can grow and we are entering a world where Windows Tablets take significant market share from Android Tablets on the low end and compete head-to-head with iPad in the high and premium segments."