Asus has upgraded the Fonepad with more built in storage and a faster processor. The device is available online in India today at Rs. 17,999 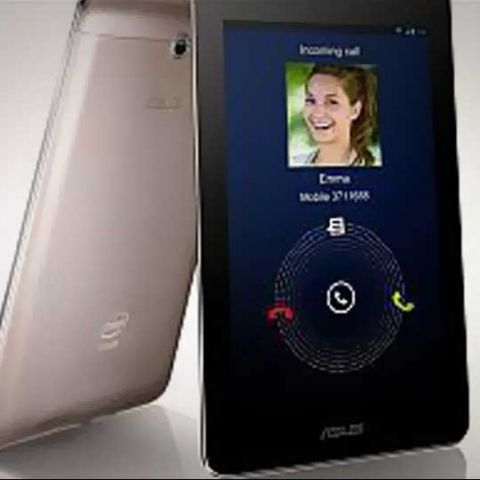 Asus has launched an upgraded version of their voice-calling tablet, the Fonepad. This news comes just after the new Nexus 7’s announcement. The upgrade to the Fonepad isn’t as dramatic as what we saw with the Nexus 7 yesterday. The processor has been bumped up a bit and users get more built-in storage. The price of the device too has increased.

The upgraded Asus Fonepad now offers users a 1.6GHz Intel Atom Z2460 processor and 32GB of built-in storage. The rest of the specifications are the same as the predecessor. The tablet has the ability to house a SIM card to make calls. It has the PowerVR SGX540, 1GB RAM and runs on Android 4.1 Jelly Bean with a custom UI overlaying the OS. The storage is expandable up to 32GB via a microSD card.

The Fonepad has a 7-inch display with a 1280x800 pixel resolution. The rear houses a 3MP camera and the front has a 1.2MP camera for video calling. A 4270mAh battery powers the entire package. The upgraded Fonepad will cost users Rs. 17,999. Those interested can pick up the device from the online shopping portal Flipkart. The first generation Asus Fonepad is also available on Flipkart for Rs. 15,999.

Yesterday Google announced an upgrade to the Nexus 7 and frankly, the device looks quite impressive. It runs on the latest Android 4.3 Jelly Bean and boast of some impressive specifications. To ensure that you make an informed buying decision, we have compared the Nexus 7 to other available tablets in the market.

The second gen Nexus 7 has a 7-inch display now has a 1920x1200 pixel resolution giving it a pixel density of 323ppi. The device comes in 16GB and 32GB storage variants but sadly there is no storage expansion option available. The Nexus 7 now has a 5MP rear facing camera and a 1.2MP front facing camera for hangouts.

Under the hood, the Nexus 7 has a Qualcomm Snapdragon S4 Pro quad-core 1.5GHz Krait processor, coupled with Adreno 320 GPU and 2GB of RAM. The battery capacity of the tablet hasn’t been revealed but Google claims 9 hours of HD video playback and 10 hours of web browsing on the tablet.