The New iPad gets durability tested with bullets 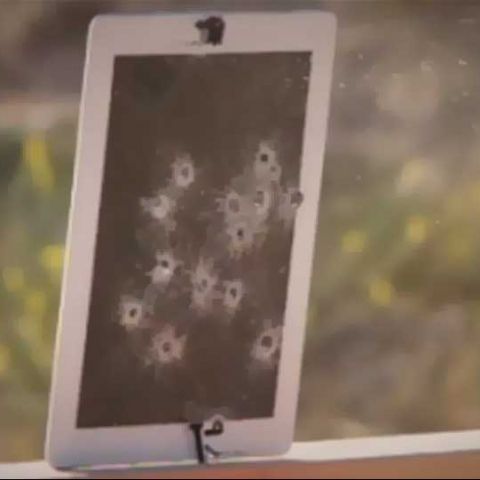 If you thought a drop test was enough to test the durability of an iPad we’d say think again! If the iPad has set the benchmark to be the ideal tablet then its durability test needs to be out of the box as well.

There is a video on the Internet that has gone viral in which the New iPad is shot with an HK53 assault rifle and a Benelli shotgun with some interesting ammo. There were two variants of ammo used to shoot the New iPad.

When we heard of this experiment, we thought that the iPad would be blown to smithereens but surprisingly that did not happen. The iPad was destroyed nonetheless but its skeleton was not shattered. Whatever was shot at the iPad penetrated it through and through. We half expected the device to bleed!

The video also has some slow motion effects that capture the destruction of the device. Richard, the shooter in the video, has put a number of other gadgets to the bullet test, including the likes of the iPhone, Xbox 360 and an iPad 2.

If you are disappointed about the fact that the iPad is not bullet proof, here are still 5 other reasons to pick one up.

The other contenders competing with the New iPad may not be able to withstand bullets either, but to see just how well they stand up against it elsewhere, here’s a quick specifications comparison between the New iPad and the competition.