Tablet sales projected to grow over 100 percent in 2013 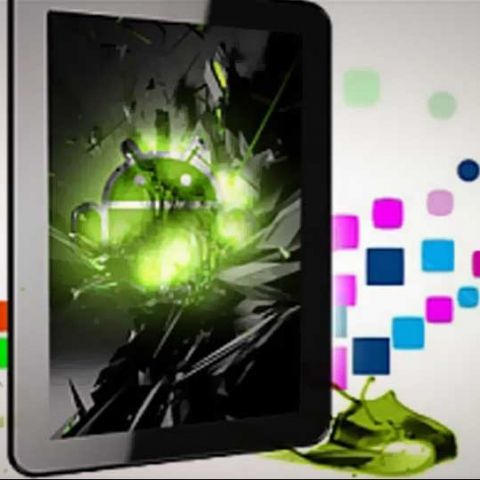 According to a report prepared by CyberMedia, the Indian tablet market saw sales of 1.1 million units of tablets in the third quarter of 2012. Samsung led the market with a 23.9 percent followed by Micromax with 15.3 percent. DataWind shared the third position with a 12.3 percent share. The report says the overall sales are likely to surge to 3 million units by end of the 2012 and expects a over 100 percent growth in 2013 as OEMs eye India market for consumer, enterprise demand, government business.

Windows 8-based Media Tablets will be the main highlight in the market. In 2013, India will witness Tablet PCs being made available on Windows 8 from all leading OEMs. This is expected to bring about several changes in market dynamics such as OS shares, ASVs etc.

Enterprises will see increasing adoption of Tablet PCs as part of the larger trend towards mobility. So far enterprises have been trying to understand the role of Tablets in the enterprise space. Through 2012, at different forums industry leaders were seen deliberating upon several industry vertical-focused use cases of Tablets and these are expected to be implemented in 2013. With BYOD an increasing reality, this implementation will very likely to gain an impetus across verticals.

At least a few OEMs are expected to announce LTE / LTE-ready tablets for the India market in 2013. Though we haven’t seen many Tablets announced yet supporting LTE worldwide, but India, rightly poised at the juncture of an LTE 'big bang' can be an attractive destination for players who can meet the expectations of Indian customers across segments. Tablets are expected to gain traction as the preferred device for first time computing enthusiasts and for those seeking high data consumption applications over LTE networks.

There could be some cleansing in the market for sub-Rs. 5,000 tablets. 2013 is likely to see some of the players in this segment closing shop due to lack of market acceptability and increasing expectations of consumers, where these devices are bound to fail.

2013 will see markets crystallise around three price points for the India Tablet PC market. These will be Rs. 5,000-10,000; Rs. 15,000-20,000 and over Rs. 35,000. Some vendors might have to undertake price corrections to fit their devices within these three price segments, to serve the market aptly and participate in these high-volume price levels.

According to CyberMedia Research estimates, total shipments for the India Tablet PC market are expected to close at 3 million units in 2012. Further, the market is expected to increase by at least 100% in 2013 (double the number of units sold in 2012). The key drivers for this are a large number of launches by OEMs eyeing the India consumer market for mobile computing and data communication products, as well as the demand expected to be generated via enterprise adoption of Tablets. In case large deals are announced by vendors for supplies to the central / state governments for distribution to university, college and high school students, the forecast number of Tablet sales for 2013 could easily exceed 6 million units.

According to Faisal Kawoosa, Lead Analyst, CyberMedia Research Telecoms Practice, "A majority of the Tablets currently on offer have built-in Wi-Fi connectivity with 3G access enabled through a USB dongle. However, going forward, increased penetration of 3G networks, declining ASVs of 3G-enabled Media Tablets and launch of BWA (4G / WiMax / LTE) services in the country is likely to see a rise in 3G-only Tablet devices with larger screen sizes.

“This trend is expected to give a fillip to new types of data services and content being demanded and consumed by subscribers, which in turn will drive a further increase in adoption of Media Tablets in India."
Commenting on the results of CyberMedia Research study on the India Media Tablets market for the third quarter of 2012, Tarun Pathak, Analyst, CyberMedia Research Telecoms Practice said, “I expect this to be the last quarter that will show the kind of ‘stereotype’ ranking results typical to the India market. During 4Q 2012 and through 2013, we expect to see a change in the rankings, with global leaders like Apple and Google coming into their own, especially after the launch of the Apple Mini and Google Nexus range of Media Tablets, respectively.”

“These new devices closely match the Media Tablets already available from other leading OEMs in India, in terms of specifications and price levels. This is particularly true of Samsung. So it will be interesting to watch if potential buyers of Tablet PCs go for other MNC brands or whether Samsung is able to retain their loyalty,” Tarun further added.