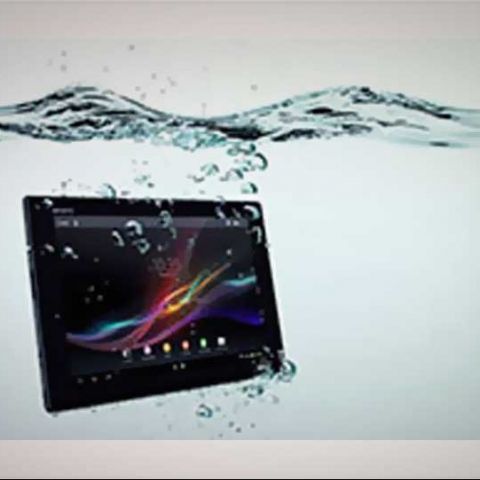 A list of specs on the upcoming Sony Xperia Z2 tablet have been leaked, courtesy of our ever reliable tipster @evleaks, again. The tablet is said to feature a 10.1 Triluminious display with a resolution of 1920 by 1200 pixels. We had expected an even higher resolution considering the competitors around.

Under the hood, there is a new quad core Snapdragon 800 SoC clocked at 2.3Ghz, bundled with a whopping 3GB of on board RAM, along with 16GB of internal memory with a microSD slot for expansion. Meanwhile, the back of the tablet is said to feature an 8MP rear shooter along with a 2MP front camera. The tablet packs in a 6000mAh battery, which is pretty good considering the size of the tablet which might be a mere 6.4 millimeters thin. It will come pre-loaded with the latest Android 4.4 KitKat. The Sony Xperia Tablet Z2 will likely be water-resistant, just like it's predecessor - Xperia Tablet Z.

There is no denying that @evleaks provides us with tweets which can be relied upon, but in the end a rumour is a rumour. Whatever the case may be, it seems these tweets are signs of what we could expect at this year's MWC.

We will be there in Barcelona!, so stay tuned.