Sony India has officially announced its arrival into the Android tablet market in India, with two products - the Tablet S and the Tablet P. Both products have very unique designs. 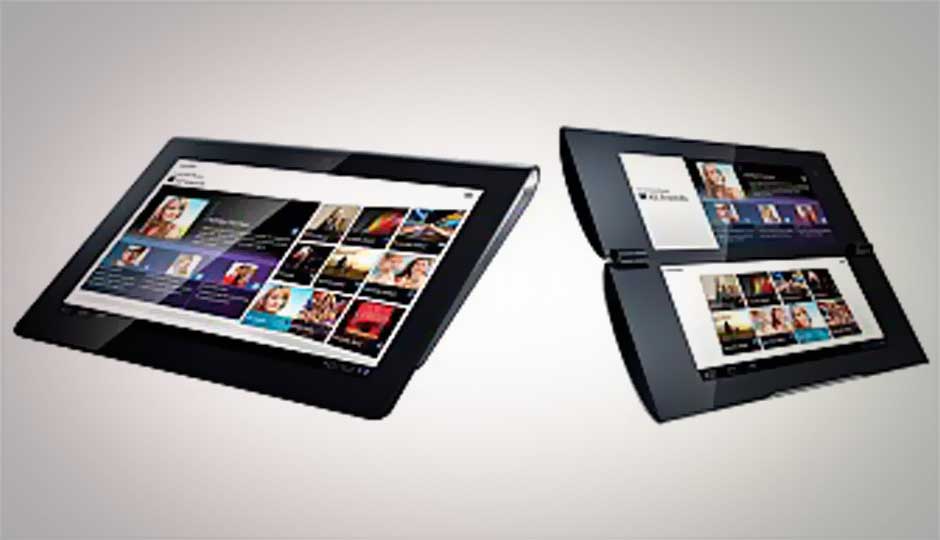 Sony India has officially announced its arrival into the Android tablet market in India, with two products - the Tablet S and the Tablet P (pricing featured in below table). Both products have very unique designs. Check out our review of the Sony Tablet S.

Mr. Masaru Tamagawa, Managing Director, Sony India, said, “Sony Tablet exemplifies our strategy of combining hardware, software and network services. It offers customers a device which meets their demand for seamless, on-the-go access to the internet, digital entertainment content and social networking services.” He added, saying, “IT Market in India is growing at a very fast pace and we expect the tablet to gain rapid momentum in the near future. At the moment, we want to build a strong business foundation for Tablet.”

The Tablet S has the wedge-shape design (a folded open magazine, more like it) and is the first tablet to have received the PlayStation certification. The S has a 9.4-inch display. The folded wallet design of the Tablet P allows Sony to offer two 5.5-inch each display on the tablet. The idea is to allow a better distribution of the controls - for example, the email window will be on one screen and the keypad will be on the other. For reading an e-book, hold it vertically and you can read two pages, just like in a normal book.

The displays on both tablets have what Sony’s patented TruBlack technology that allows for deeper and uniform black levels.

The “throw” feature lets you send music, videos and pictures to any DLNA compatible device on the same network - TVs, home theater, speakers and even PCs.

Sony India has preloaded the tablets with a lot of apps. VideoChaska app offers recent episodes of the TV series on Sony and SAB television channels. Star Player is a premium online video on demand service. A two-month subscription of Big Flixmovie rental service is also included with the tablets.

Unique to the Tablet S is the universal remote application that allows you to control almost any gadget at home. The installation of a RF sensor in the tablet allows you to configure any remote, apart from the bunch of pre-configured ones that the app already offers.

Sony Tablets will be available across 500 stores in India including Sony Center, VAIO flagship stores, Organised IT channel, national retailer and Mobile stores.

Sony has also announced the prices of a host of accessories for the tablets. The prices are: