Android 4.0 Ice Cream Sandwich update is now available for Sony Tablet S. The firmware upgrade will bring a host of new features in the device such as new home screen actions, access to Google's Chrome Web browser and a range of new camera and video optio 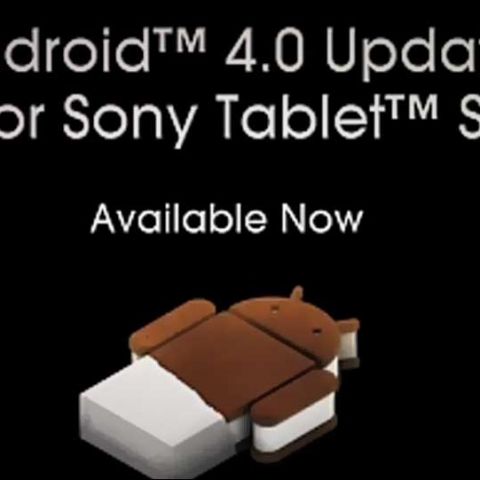 Sony has finally started rolling out Android 4.0 Ice Cream Sandwich update for its Sony Tablet S. Sony says the firmware upgrade will bring a lot of new features in the device. The upgrade is currently available in the U.S. but will soon arrive in other countries as well.

“The next time you connect to Wi-Fi, your Sony Tablet S should prompt you to do a system update, just click OK to download, and in a few minutes you should be ready to go on Android 4.0,” Sony said in a blog post.

The ICS upgrade adds a range of new features such as new home screen actions, access to Google's Chrome Web browser and a range of new camera and video options. The upgrade also includes a face unlock, small apps such as calculator, browser and remote control for multi-tasking and direct access to files from SD Card.

Sony recently started rolling out the Android 4.0 Ice Cream Sandwich upgrade for its 2011 Xperia smartphones. The upgrade will be initially available for the Sony Xperia Arc S, Xperia Neo V and Xperia Ray devices. Update for rest of the 2011 Xperia devices will be rolled out in May/June. According to recent reports, a number of Xperia users in India have confirmed receiving the update.