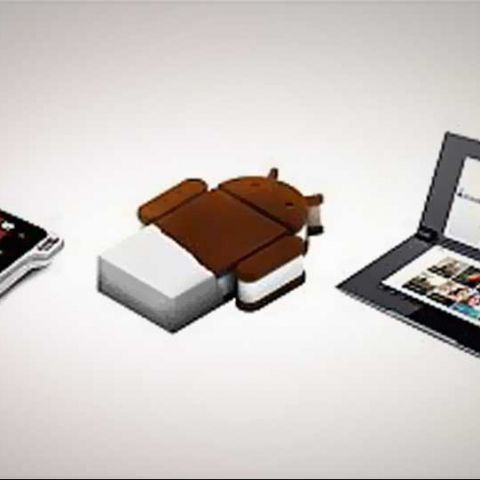 Sony has started rolling out the Android 4.0.3 Ice Cream Sandwich update for its Tablet P and Xperia Active devices, which apart from standard ICS features, will bring plenty of exclusive new features, such as Small Apps (Tablet P and S only), and better photo viewing options.

The ICS (4.0.3) update for the Sony Tablet S was rolled out recently in late April, and Tablet P will be receiving much the same update, but we imagine Sony took longer to bring it to release, with the difficulties of modifying a dual-screen interface. According to Sony, the Tablet P ICS update will only be available in select territories, but has yet to list them. Tablet P owners should receive a notification about the availability of the update, or can check manually.

The Ice Cream Sandwich update for the Xperia Active is now also rolling out, and Sony has provided a list of 8-digit SI (Sales Item) numbers to identify which territory gets which customized update, and when. You can locate your SI number under the battery.

If you find your Xperia Active’s SI number on the list, your update should be ready, and available via PC Companion, or Bridge for Mac. Just like with the Tablet P, Xperia Active users will be notified on the phone when the update is available, and they can also check manually.