Samsung is expected to launch four more tablets in 2013, and a list of specifications of these anticipated devices has been leaked online. 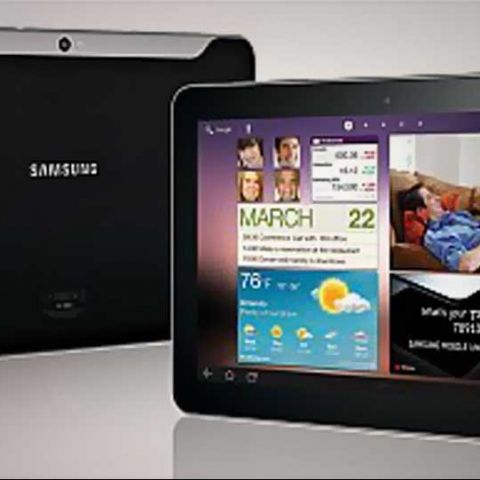 The Samsung Galaxy Tab 3 may be a disappointing device but that doesn’t mean that Samsung doesn’t have some goodies up its sleeve planned for the rest of the year. If information on the Internet is to be believed then Samsung has four tablets in the pipeline, and one of them may be a Nexus device.

Sam Mobile claims to have received information about the rumoured upcoming Samsung tablets. There is no information about prices or tentative launch dates. Only the specifications of the tablets have reportedly been leaked.

First up, we have the Samsung Galaxy Tab Duos 7.0. As the name suggests, it has a 7-inch PLS LCD display, with a 600x1024 pixel resolution. The display resolution isn’t great when compared to budget 7-inch tablets available today. The rear of the device has a 3MP camera and the front has a 2MP video-calling camera. The tablet also boasts of dual-SIM capabilities. The processor is dual-core but the clock speed or SoC isn’t known. There is also no information about the amount of RAM on the Galaxy Tab Duos 7.0, or the amount of built-in storage, though the latter will be expandable up to 32GB via microSD card.

Next up, we have the Samsung Galaxy Tab 8.0. The 8-inch display on the tablet has an 8.0-inch AMOLED display with a 1080p full HD resolution. The rear of the tablet has a 5MP camera and the front has a 2MP camera. Under the hood, the tablet has a quad-core A9 (Exynos 4412) SoC. It also supports expandable storage up to 64GB via a microSD card.

The third rumoured Samsung tablet is the Galaxy Tab 11, which supposedly features an 11-inch Super PLS TFT display, with an unknown resolution. The rear of the tablet has an 8MP camera and the front has a 2MP camera for vide calling. Under the hood, the tablet has a dual-core Exynos 5250 (Cortex A15) processor and it supports expandable storage up to 64GB via a microSD card.

Last but not least of the rumoured tablets is the Nexus 11. We don’t have our hopes high on this one, as Google still needs to approve it. Nonetheless, here are the supposed specifications of the tablet – it has an 11-inch Super PLS TFT display. The rear of the tablet has an 8MP camera and the front has a 2MP camera. Under the hood, the device has the Exynos 5410 Octa processor (featuring quad-core A15 and A7 cores). If true, this will be the world’s first octa-core processor on a tablet. The tablet will have microSD card support up to 64GB via microSD card.

Samsung has had quite a good track record with Android tablets launched. We have seen the Samsung Galaxy Tab 2, which was one of the best 3G calling tablets of last year. Samsung has also made the Nexus 10 for Google, which means that Nexus 11 could be the generational upgrade to the Nexus 10. Samsung also has the Note 800 available in India, which is an impressive 10-inch tablet that boasts of Samsung S-Pen functionality.