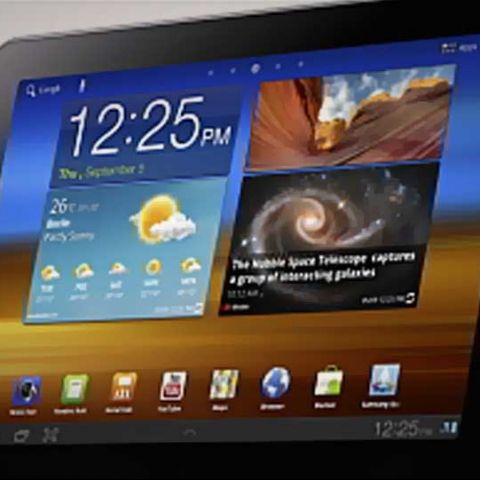 Other specifications of the Galaxy Tab 7.7 include 16GB built-in storage expandable via microSD (up to 32GB card), a 3.2MP rear autofocus camera with LED flash, 720p HD video recording, a 2MP front camera, and QuickOffice document editor. The Galaxy Tab 7.7 runs on a 5,100 mAh battery, rated to deliver up to 10 hours of continuous playback time. which offers up to 10 hours of video playback time.

In the meanwhile, Samsung has unveiled the Galaxy Tab 2 (7.0), which will ship with Ice Cream Sandwich onboard. The device, mostly the same as the Galaxy Tab 7.0 Plus, will launch in March.