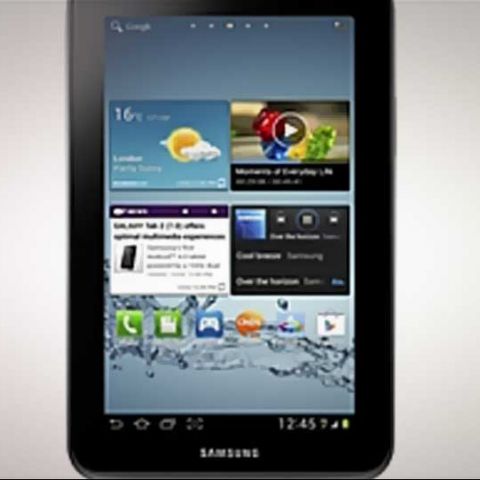 Samsung has started taking pre-orders for its Galaxy Tab 2 GT-P3100 a.k.a. Galaxy Tab 2 310 on its official online store. Priced at Rs. 23,250 (MRP), the Samsung Galaxy Tab 2 is scheduled to release later this week.

Unveiled at the MWC 2012 event earlier this year, the Galaxy Tab 2 runs on Android 4.0 Ice Cream Sandwich operating system. The device has a 7-inch capacitive touchscreen with 1024 x 600p resolution, a 3MP rear camera and a VGA front camera. The Galaxy Tab 2 is powered by a 1GHz dual-core processor. It has 1GB of RAM. For connectivity, the device supports 3G, Wi-Fi and HSPA. It comes with a 4,000 mAh battery, which is rated to deliver up to 30 hours (2G)/up to 20 hours (3G) back up.

The Galaxy Tab 2 310 comes pre-installed with the Touchwiz UI, AllShare play app, as well as the Hub apps - Reader and Game. Google’s app store Google Play is also pre-loaded on he device. The Galaxy Tab 2 310 is available in 8GB, 16GB and 32GB storage capacity versions. You can check out the Galaxy Tab 2 listing here.

Samsung, meanwhile, has also started taking pre-orders for its latest flagship smartphone, Samsung Galaxy S III, on its official online store. The company has not yet revealed the pricing in India, but has allowed customers to book the device for Rs. 2,000. The device is rumoured to be priced around Rs. 38,000, taking on the likes of the HTC One X and iPhone 4S.