Samsung and AT&T launch Galaxy View 2 tablet in the US.

The device now includes a kickstand, and is being marketed as portable TV. 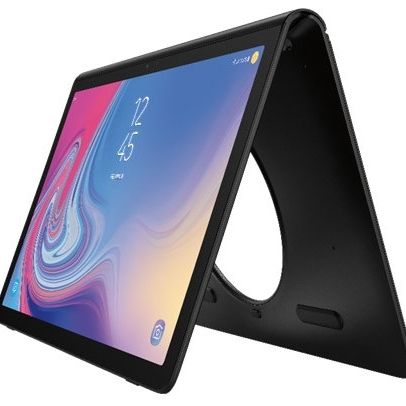 Samsung, in association with US-based telecom giant AT&T, has announced the Galaxy View 2 tablet in the North American country. The launch comes a few days after the tablet was leaked on the internet. The device is the successor of the Galaxy View that was launched in 2015 with an 18.4-inch display and 5700mAh battery. This new tablet has been upgraded with a 17.3-inch display and a massive 12,000mAh battery.

The Samsung Galaxy View 2 is priced at $740, which is approximately, Rs 52,000. It will be available in its launch market from April 26 on both online and offline platforms. Reportedly, AT&T is offering a ‘Next’ installment plan in which users can pay $37 (approx Rs 3,000) in 20 equal monthly payments to own this tablet. Further, there is no information on whether (an when) Samsung will launch the tablet in other markets like India.

The Samsung Galaxy View 2 sports a large 17.3-inch full-HD+ display with thick bezels. In the official product video, the tablet is being dubbed as the “4G LTE connected mobile TV and tablet” that has been “created for portability.” It has thick bezels around the display and kickstand with an oval-shaped opening to grip the tablet when you are on-the-go. Thanks to it’s tabloid-sized display, the tablet can be used to read newspapers in the portrait mode, and book in the landscape mode. 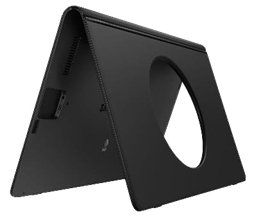 Under the hood, the Galaxy View 2 has an octa core Exynos 7884 processor, along with a 3GB RAM and 64GB internal storage. The storage can further be expanded up to 400GB using the microSD card slot. The device runs on the Android 8.1 Oreo. There is only one 5MP camera on the device which is located on the front for video calls. The whole package is powered by a massive 12,000mAh battery. 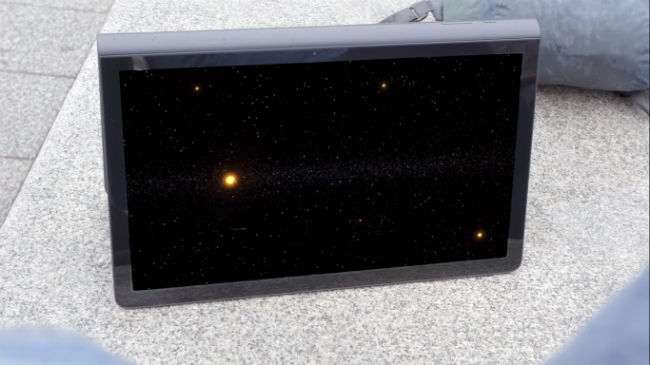