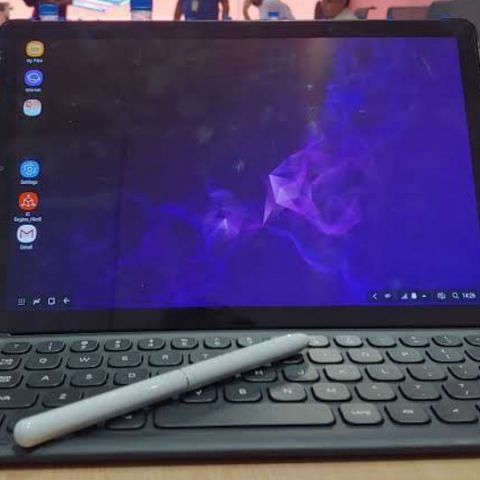 Just ahead of the festive season, Samsung has expanded its tablet portfolio in India with the Galaxy Tab S4. The 2-in-1 tablet comes equipped with Samsung Dex and is shipped with an S-Pen. The Galaxy Tab S4 also features Samsung Flow, which will allow users to manage their devices by connecting and transferring files. Samsung Flow is a software product with which users can authenticate a PC with their tablet or smartphone, share content between devices, and sync them to get notifications on both of them. The new tablet also comes with the SmartThings app with which users can monitor and control smart home devices . Plus, the Galaxy Tab S4’s Daily Board allows users to view photos and everyday information such as the weather, calendar and time in one place.

The Samsung Galaxy Tab S4 comes with the Samsung DeX, which, in standalone mode, enables users to get a PC-like interface even without a monitor or the Book Cover Keyboard that are sold separately. In Dual mode, users can connect the Galaxy Tab S4 to a bigger monitor using an HDMI adapter and display various apps on a larger display, even if the apps don’t support freeform. With Samsung DeX, users can also open multiple desktop-style windows for Android apps directly on Galaxy Tab S4, including the Microsoft Office suite, and resize them when needed. 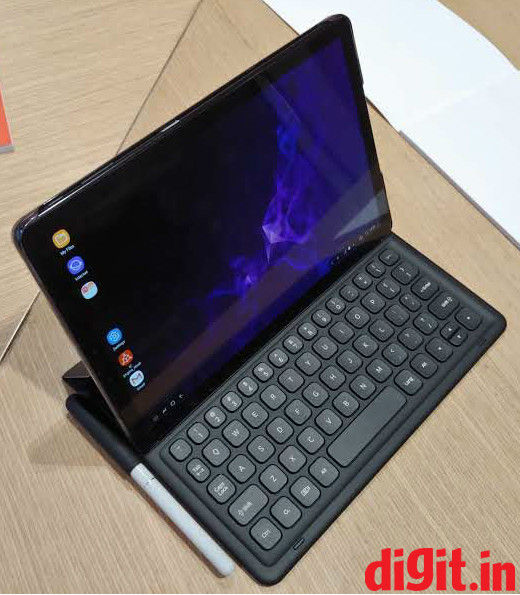 Samsung’s redesigned S-Pen is included in-the-box and the company claims that it offers an authentic handwriting experience. Users can take notes through the Screen-Off Memo feature, as well as navigate, translate and organise notes through Samsung Notes. They can also send personalised texts through Samsung Live Message. The Tab S4 also comes with Samsung Knox, the company’s defense-grade mobile security platform, which is claimed to protect users’ information on the device. 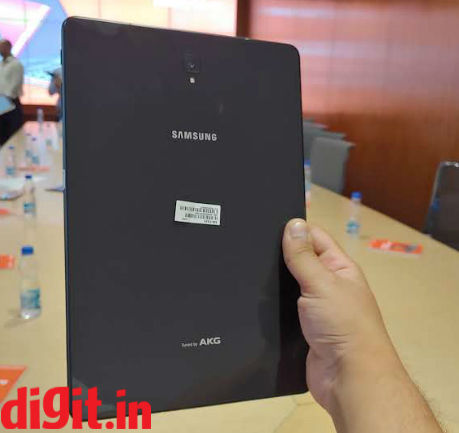 The Galaxy Tab S4 features a 10.5-inch Super AMOLED display with a resolution of 2560x1600 pixels and a 16:10 screen ratio. It is powered by the Qualcomm Snapdragon 835 Octa-Core processor with four cores clocked at 2.35GHz and the other four cores running at 1.9GHz. The tablet comes with 4GB RAM and 64GB storage, which can be expanded up to 400GB via a microSD card. There is a 13MP camera with an LED flash on the back and an 8MP shooter on the front. The rear camera can record UHD 4K videos at 30fps. When it comes to audio, the Galaxy Tab S4 is equipped with four speakers tuned by AKG and Dolby Atmos technology, which is claimed to deliver crisp dialogue and loudness without distortion. The tablet is backeda 7,300mAh battery which is claimed to provide up to 16 hours of video playback.

Galaxy Tab S4 will be available at Rs 57,900 in Black and Gray colours from October 18 via Samsung Online Shop and leading offline retail stores. It will also be available on Amazon from October 20. As an introductory offer, customers can buy the device and avail Rs 5,000 cashback on HDFC Bank Credit Cards, and EMI on HDFC Bank Debit Cards and Consumer Durable Loans. Galaxy Tab S4 customers with a Jio connection will be entitled to get an instant cashback of Rs 2,750 on recharging with Rs 198 or Rs 299 plan. They would also get double data benefits on four subsequent recharges.