The much awaited Note II successor is here. The naming scheme has been changed with the tablet, simply called Note 10.1 2014 Edition and the Galaxy Gear adds its name to the smart-watch battle. 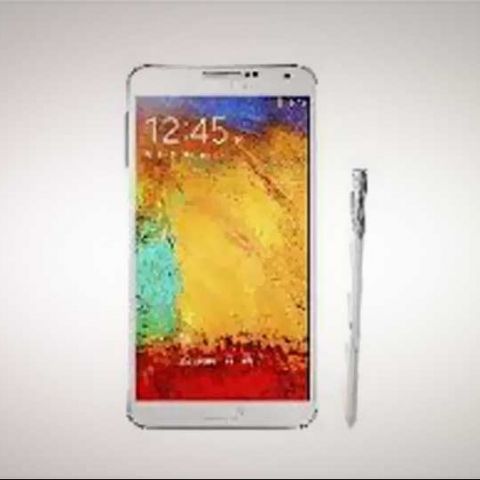 Samsung has had a rather busy day in Berlin, with a slew of launches at IFA 2013. Samsung’s event was also on the same day Sony made all the announcements. To make it easier for you to keep a tab on all things launched, we have all the Samsung product info for you in one place. The smartphone, the tablet and the new smart watch have been shown off, and should be arriving in India sometime this festive season.

Galaxy Note III
The much rumored and much leaked Galaxy Note III has been officially unveiled. Pretty much on the lines of what had been “leaked” all along, the device has a 5.7-inch Super AMOLED Full HD display, Android 4.3 out of the box, 32/64GB internal storage, 3GB of RAM, and a 3200 mAh battery. The processor option will depend on the version and the market, with the LTE version getting a 2.3 GHz Quad-Core Processor while the 3G only version will get a 1.9 GHz Octa Core  Processor.

“We introduced the original GALAXY Note in 2011 and launched a whole new smart device category. The undeniable success of the GALAXY Note strengthened our conviction that consumers want higher quality features for smart devices and they want those new features to make their lives better,” said JK Shin, CEO and President of IT & Mobile Division at Samsung Electronics. “Samsung GALAXY Note 3 is a powerful, original approach that enables users to tell the stories of their lives through dynamic and seamless expressions of their passions across work, play and life experiences. With a simple click of the S Pen button, users can unlock opportunities for self-expression, features that transform everyday activities into extraordinary events and access to new experiences delivered to them on Note 3’s larger screen.”

The Note 3 will be launched in 149 countries, starting September 25, well in time for the festive season rush.

Just like the Galaxy Note 3, the Note 10.1 also has the dual processor offering - the 3G version gets the 1.9GHz Octa-core while the LTE version will pack in the 2.3GHz quad-core. And like the Note 3, the tablet also has 3GB of RAM. The 10.1-inch screen has a resolution of 2560 x 1600 pixels, and the S-Pen feature remains as if, from the predecessor. The tablet will be available in 16GB/32GB/64GB versions, but all markets may not get all the options. Not to worry though, because the microSD support allows expansion up to 64GB. Samsung has packed in an 8220mAh battery. The Note 10.1’s dimensions read 243.1 X 171.4 X 7.9mm, and it tips the weight scaled at 535grams.

The Note 10.1 will come in two color options - Jet Black and Classic White, and will be available globally starting from Q3, 2013. No word on the price, yet.

Galaxy Gear smart-watch
Not to be outdone by Sony, or maybe even by Apple (iWatch rumors, anyone?), Samsung has the Galaxy Gear smart-watch ready. The Gear smart-watch has a 1.63-inch Super AMOLED touchscreen, and there's also a 1.9MP camera on the strap which allows you to record video in Full HD. Samsung has revealed the battery figures as well - 315mAh, and weighs 73.8 grams. The watch comes with 4GB of internal storage, and Samsung claims that there are 70 popular apps waiting for download, including Pocket, Path and Runkeeper. Samsung’s own apps - ChatON, S-Voice, Memo etc., have also been optimized for the Galaxy Gear.

The availability of the Galaxy Gear will be around the same time as the Galaxy Note 3, but pricing details are awaited.