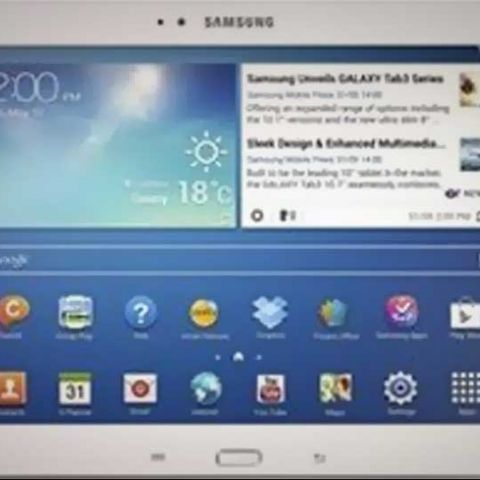 After the lacklustre launch of the Samsung Galaxy Tab 3, the South Korean electronics giant has added two new tablets to its Galaxy Tab portfolio. As the names suggest, one of the tablet boasts of an 8-inch display where as the other boasts of a 10.1-inch display.

Starting with the Samsung Galaxy Tab 8.0, the tablet has an 8-inch display with a 1280x800 pixel resolution. Under the hood, it has a 1.5GHz processor along with 1.5GB of RAM. The rear of the tablet has a 5MP shooter whereas the front has a 1.3MP camera for video calling. It supports 16/32GB built-in storage expandable via a microSD card. It also sports LTE, Wi-Fi, GPS and Bluetooth connectivity. It runs on Android 4.2 Jelly Bean with Samsung’s TouchWiz UI skin and is powered by a 4450mAh battery. The tablet can be considered as a competitor to the iPad mini.

Moving on to the Samsung Galaxy Tab 10.1, the tablet has a 10.1-inch display with a 1280x800 pixel resolution. The main difference between the 10.1-inch tablet when compared to its smaller sibling is that the Galaxy Tab 10.1 has a 1.6GHz dual-core processor and a larger 6800mAh battery. It has a lower resolution 3MP rear camera and surprisingly just 1GB of RAM.

Rumours on the Internet suggest that the tablets run on Intel's Atom processors. Only the clock speeds are known. The chipset details aren’t available.