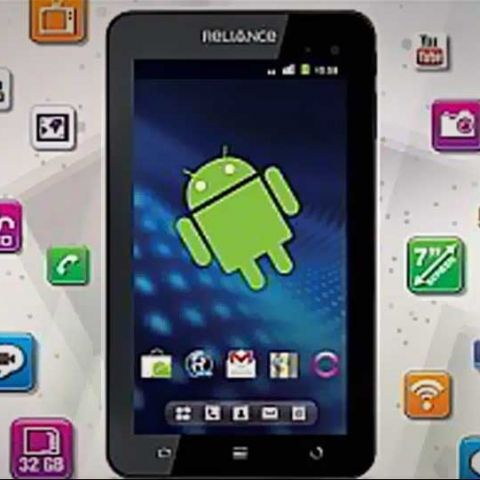 Reliance Communications (RCom) has forayed into the tablet computer market with the launch of an Android-based 3G Tablet, priced aggressively at Rs. 12,999. The Reliance 3G Tab has been sourced from Chinese telecom company ZTE and is custom built for the Reliance network.

The Reliance 3G Tab has a seven-inch display with Android 2.3 OS. The device comes with a 512 MB RAM and a micro SD external storage that can support up to 32GB storage capacity. The tablet has a 2MP rear camera and a frontal camera for video calling. The Reliance tab supports a number of Android features such as document viewing/editing. Other notable features of the tablet are email on the go, Mobile TV, voice calling, GPS and video streaming.

The tablet will be made available at the Reliance World and Reliance mobile stores across its 13 3G circles in the country/ The device also comes with bundled data plans at a discount up to 50 percent. The service will be initially made available in Mumbai, Delhi and Kolkata circles.

Reliance's 3G Tab is quite a low-cost device and is certainly going to heat up the price war for the tablets in the Indian market. The device is already being compared with other leading tablets in the market, especially on the price parameters. The iPad 2 is priced at nearly Rs. 30K, while Motorola Xoom is available at approximately Rs. 36k. The seven-inch Samsung Galaxy Tab is priced nearly double of the Reliance 3G Tab.

Reliance has surprisingly managed to keep the price of its tablet lower than the average low-cost tablets in the market presently. It is nearly Rs. 2k lesser than other cheap tablets in the market. In addition, the advantage of Reliance's 3G plans and its mammoth network coverage in the country will certainly give it an extra edge.

However, it will be too early to believe that the Reliance's 3G Tab is going to turn the tide. What's your take on the Reliance's low cost tablet? Let us know in the comments section below: