Reliance Communications (RCom) has launched its second tablet in India. Priced at Rs. 12,999, the new Reliance CDMA Tab is also being touted as the first CDMA tablet in the country. Click the link to read the full coverage on the new Reliance tablet. 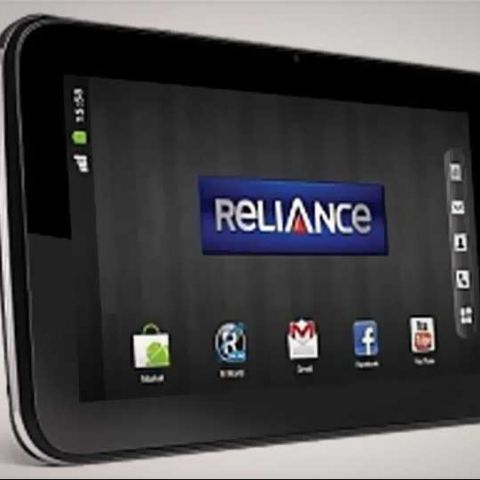 The Reliance CDMA tab has a 7-inch capacitive touchscreen with a resolution of 800 x 480 pixels, a 2MP rear camera and no front facing camera, 800MHz CPU, 512 MB RAM and expandable storage up to 32GB via MicroSD card. The device comes bundled with a 4GB memory card. The device also sports a 4,000 mAh lithium ion battery. The Reliance CDMA tab is priced at Rs. 12,999.

The tablet is expected to launch with 15 entertainment apps and users will have access to many more via the Google Play store. Some of the preloaded apps include – YouTube, Google Maps, R World Online, Facebook and Gmail.

The Reliance CDMA Tab is going to be pitted against other budget tablets such as Beetel Magiq, iBall Slide and Reliance's own 3G Tab.

Reliance has also shared the monthly and annual postpaid data plans of the tablet.