Panasonic India has launched two new rugged tablets in its Toughpad range, the FZ-E1 and the FZ-X1, in India today. While the Toughpad FZ-E1 is powered by Windows 8.1, the Toughpad FZ-X1 is an Android powered tablet. The tablets are priced at Rs. 1,19,000 and Rs. 1,09,000 respectively. The company also launched its latest semi-rugged laptop, the Toughbook CF-54 HD which is priced at Rs. 1,39,000. Panasonic is aiming all three products at the enterprise segment.

Toughpad FZ-X1 and FZ-E1
While both Toughpads are powered by different operating systems, they offer a similar feature set. Both tablets offer a fully rugged design with MIL-STD-810G certification, IP68 rating and can sustain drops from upto 3 meters. Panasonic claims that both devices offer a low TCO (Total cost of ownership). Both tablets can operate at extreme temperatures ranging from - 20 to 60 degree celsius. These tablets will also work in rain and while the user is wearing gloves.

The Toughpad FZ-X1 and FZ-E1 feature a high capacity user replaceable 6200mAh battery pack. Panasonic claims that both tablets will give up to 14 hours of data access time and up to 23 hours of talk time. Both tablets also come with a 1D/2D barcode reader, 3 microphones for better noise cancellations, user configurable buttons, and enterprise level security. 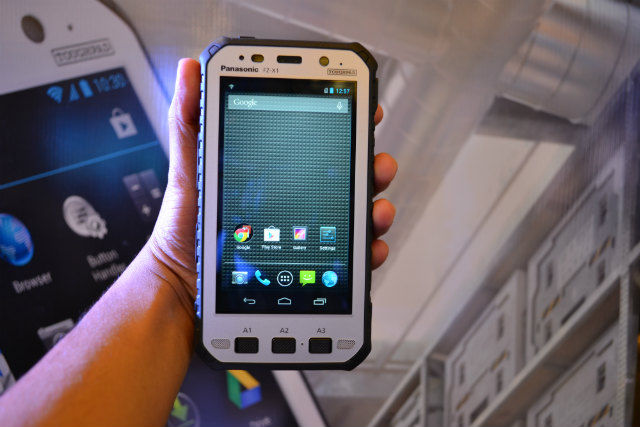 Toughbook CF-54 HD
Panasonic’s new semi-rugged laptop is one of the thinnest and lightest 14-inch semi-rugged laptops in the world. The new Toughbook is very customizable as in addition to the standard specs, the laptop features a flexible configurable area which can feature a DVD writer, a secondary battery, a Smart Card reader or a PC card. It also has a flexible configurable port which can be configured to host a secondary LAN port, d-GPS, a fourth USB 2.0 port, or a rugged USB port. The laptop can resists shocks and vibration and Panasonic claims that it can withstand drops from heights upto 76cm. 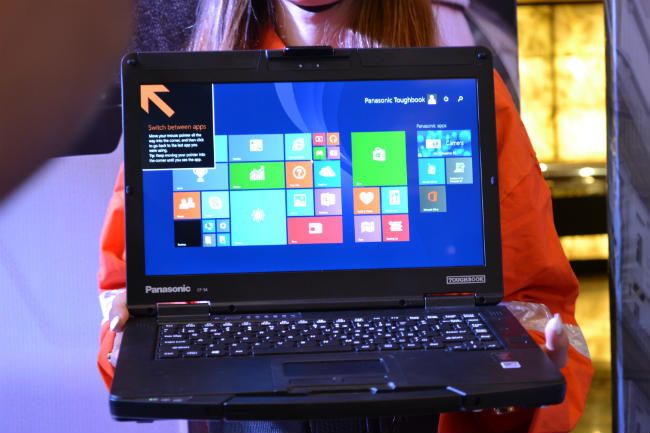