Only 366 units of Aakash tablet delivered to students

It’s learnt that so far only 366 units of the Aakash tablet have reached students. These units were given to the students on October 5 last year – the day when the Aakash was unveiled – for testing them and give their feedback. 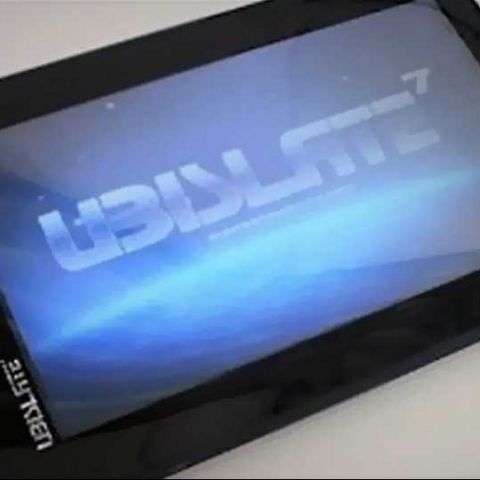 The Aakash tablet has continued to be marred by a spate of controversies ever since it was launched in October last year. First there was an IIT-Rajasthan versus DataWind over specification issues. Then there were talks of launching an upgraded version of the Aakash tablet at the original price. Recently, DataWind entered into a war of words with its ex assembly vendor Quad Electronics with both the parties suing each other. All the controversies, however, only jeopardised the Aakash tablet – which Union minister Kapil Sibal is confident of launching next month. It’s learnt that so far only 366 units of the Aakash tablet have reached students. These units were given to the students on October 5 last year – the day when the Aakash was unveiled – for testing them and give their feedback.

These 366 units are part of 650 Aakash tablets that IIT Rajasthan had procured from the lot of 6,440 tablets supplied by DataWind. Union minister Kapil sibal in Parliament revealed that IIT-Rajasthan had turned down rest of the devices as a number of defective LCADs (Aakash tablets) in those lots exceeded the stipulated 5% of devices".

Speaking about any distribution strategy for the Aakash tablet, Sibal revealed that the units given to the students were for the purpose of testing; therefore, no norms for distribution were laid down. He also said that DataWind will provide upgraded Aakash tablets at the same price of the original Aakash.

"DataWind is still to supply 1,00,000 LCADs of higher specifications at the same price. These higher specifications (which include 700 MHz Cortex A8 processor, 3200 mAH Battery and capacitive touch screen) have been necessitated to overcome the initial difficulties observed in the devices," he said.

Separately, Kapil Sibal at an event in New Delhi said that the government is in talks with various manufacturers across the world about the Aakash tablet. “After freezing the technology, we will start manufacturing it. We are calling people from across the world to manufacture it and some people have shown interest,” Sibal said.