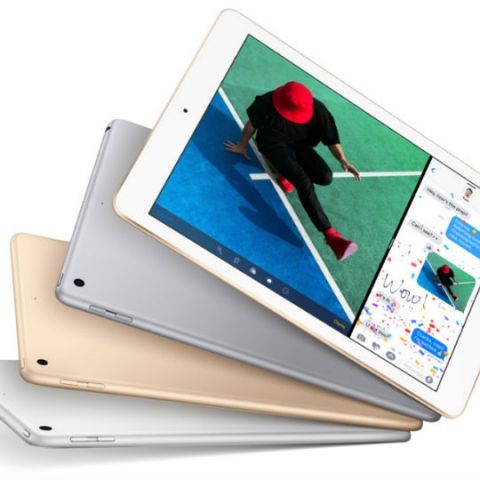 Apple has launched a new 9.7-inch iPad with 32GB of storage and the A9 SoC. Prices for the new iPad start at Rs. 28,900 for the Wi-Fi only model, while the Wi-Fi + Cellular model is priced at Rs. 39,900. Apple says that the new iPad also comes with a brighter Retina display. Interestingly, while the company’s press release only mentions the 32GB version, Apple’s website shows a 128GB version as well. Prices of that version is not yet known.

“iPad is the world’s most popular tablet. Customers love the large, 9.7-inch display for everything from watching TV and movies, to surfing the web, making FaceTime calls, and enjoying photos, and now it is even more affordable,” Apple’s senior vice president of Worldwide Marketing, Philip Schiller said. “New customers and anyone looking to upgrade will love this new iPad for use at home, in school, and for work, with its gorgeous Retina display, our powerful A9 chip, and access to the more than 1.3 million apps designed specifically for it,” he added.

Besides this, Apple also announced that the iPad Mini 4 will now be available in a 128GB variant. The Wi-Fi only model is priced at Rs. 34,900, while the Wi-Fi + Cellular is priced at Rs. 45,900. The new device will be available for order from March 24, and will start shipping to customers in India from April.

Apple also launched a new app called Clips for the iPhone and iPad, which lets users combine video clips, photos and music into videos. These videos can then be shared with friends through the Messages app, Instagram, Facebook and more. The app also comes with Live Tiles that lets users create animated captions and titles using their voice. Besides announcing the new iPad, Apple also unveiled the iPhone 7 and iPhone 7 Plus (PRODUCT)RED Special Edition.