The device comes with a quad-core MediaTek 8135 SoC, 1GB RAM and is expected to be priced attractively. 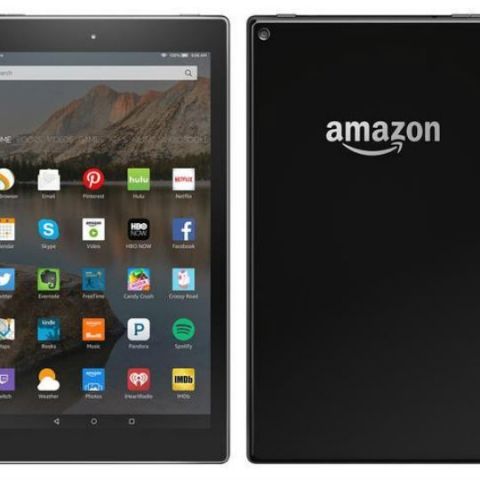 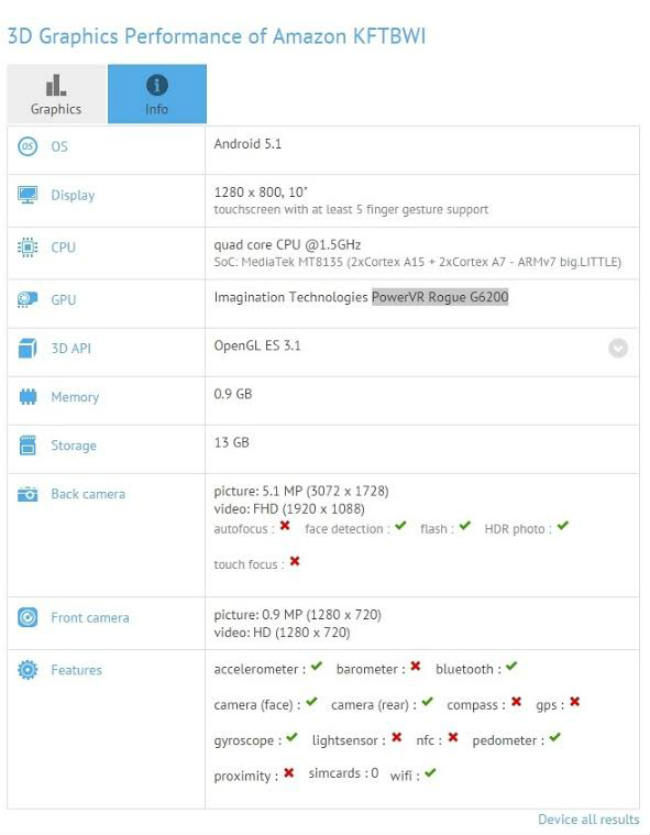 Amazon’s Fire Phone didn’t exactly register scorching sales figures. Rumours have been doing the rounds that the company will be launching a 6-inch Kindle Fire for $50, to make up for the losses. It now seems that Amazon will be adding a new, larger tablet to its Kindle Fire lineup. The leaked renders indicate that the device will run Android Lollipop. Also, the UI will probably move away from what we’ve seen so far on Fire OS to a more stock Android variety. Hardware specs suggest that Amazon might be pitching the slate as a budget device. According to the details on GFXBench, the tablet is powered by a quad-core MediaTek MT8135 SoC. It features the big.LITTLE design with two ARM Cortex-A15 CPU cores and two Cortex-A7 cores. It has a PowerVR Rogue G6200 GPU along with 1GB of RAM. The 10-inch display will have a resolution of 1280 x 800 pixels. It will have a 5.1-megapixel rear camera as well as a 0.9-megapixel front camera. The device will come with 16GB of onboard storage. The listing shows the tablet as running on Android v5.1 Lollipop.

The press renders show sharper lines and corners than the existing Kindle Fires. This new device and rumours of the 6-inch tablet indicate that Amazon is trying to make up losses incurred by the failure of the Fire Phone. It has purposefully cut corners on the hardware in order to bring the price down. According to the Wall Street Journal, the company will soon be launching a 6-inch Kindle Fire for $50. Amazon CEO Jeff Bezos is reportedly planning to attract more customers with such aggressive pricing.

There have been no official confirmation from Amazon as of now and more details are expected to emerge soon.