The Lenovo Yoga Tablet 10 HD+ comes with a beefy 9,000 mAh battery, which is rated to deliver up to 18 hours of back up after single charge. 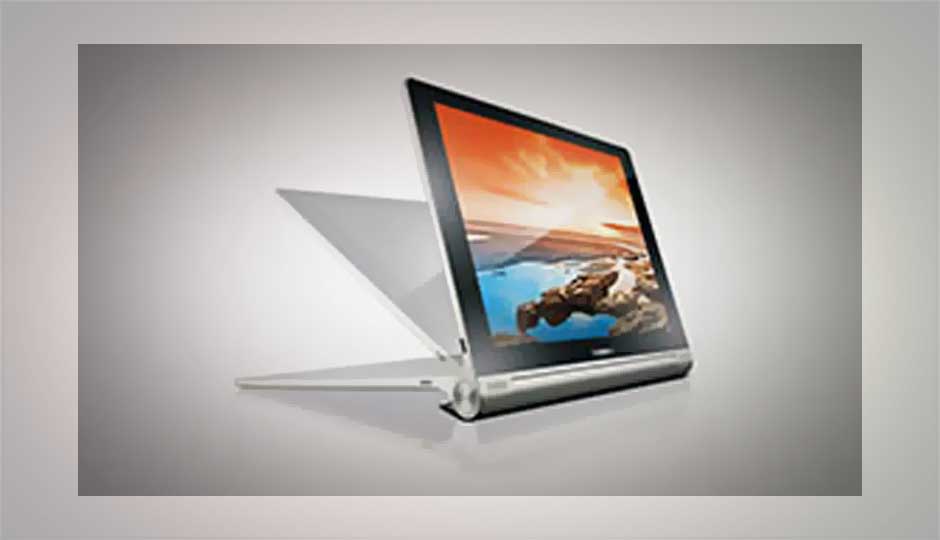 Lenovo kicked off the Mobile World Congress (MWC) 2014 with introduction of a new tablet called 'Yoga Tablet 10 HD '. As the name suggests, the new Lenovo tablet features a 10.1-inch “20/20 Vision” display with full HD 1920 x 1200 pixel display, which automatically adjusts the image qualities on the screen to ambient light.

The Lenovo Yoga Tablet 10 HD features the same design as the Yoga 10, which was launched last year. The tablet comes with a kickstand with three different modes - Hold, Tilt and Stand.

The Lenovo tablet runs Android 4.3 Jelly Bean and is powered by a 1.6GHz quad-core Qualcomm Snapdragon 400 SoC along with 2GB of RAM. The tablet has an 8MP rear camera and 1.6MP front camera. For connectivity, it supports WiFi 802.11 b/g/n, 3G in select countries, and Bluetooth 4.0.

The tablet is powered by a 9,000mAh battery, rated to deliver up to 18 hours of battery life on a single charge. The Yoga Tablet 10 HD comes with Lenovo DOit apps for sharing, synching, protecting data and managing photos. Other notable features of the tablet include Dolby Audio, a micro USB port and an optional keyboard.

“Customers have told us they love the YOGA Tablet for its clever design that gives them a better way for all the different ways they use tablets,” says Jeff Meredith, vice president, marketing, Mobile Business Group, Lenovo. “Now we’ve created the new YOGA Tablet 10 HD to give consumers the ultimate multimode tablet experience, packing it with premium technologies from a gorgeous screen to faster processor to user-centric software.”

According to Lenovo, the YOGA Tablet 10 HD will be available starting in April with models starting at $349 (Rs. 21,682 approximately).