Lenovo has announced three budget tablets, the A1000, A3000, and S6000. The three tablets will run on Android 4.1 Jelly Bean and will be priced very aggressively. To start with, the Lenovo A1000 boasts of a 7-inch display. The resolution is unknown but information on the Internet suggests that it will 1024x600 pixel. Under the hood, a 1.2GHz dual-core MediaTek processor powers the device. It has 16GB built-in storage expandable up to 32GB via a microSD card. The speaker is placed on the front of the device and it boasts of Dolby Digital Plus, a feature we have seen on Lenovo IdeaPhone S560. You can read our in-depth review of the smartphone here. 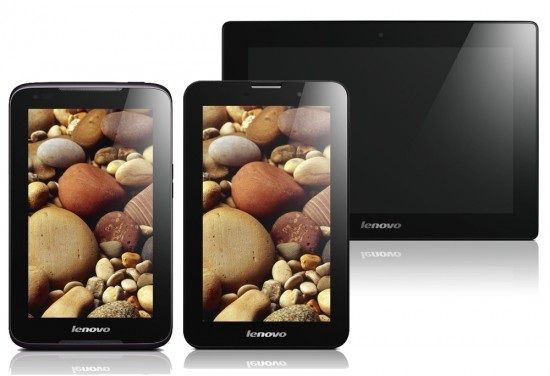 If Lenovo is targeting the budget tablet consumer with the launch of these tablets, it isn’t the first. We have seen Acer launch the Iconia B1 recently in India (check out our review). Acer became the first international brand to launch a budget tablet in India to take on the likes of the iberry Auxus CoreX2 3G, Huawei MediaPad 7 Lite, WickedLeak Wammy Desire and more.